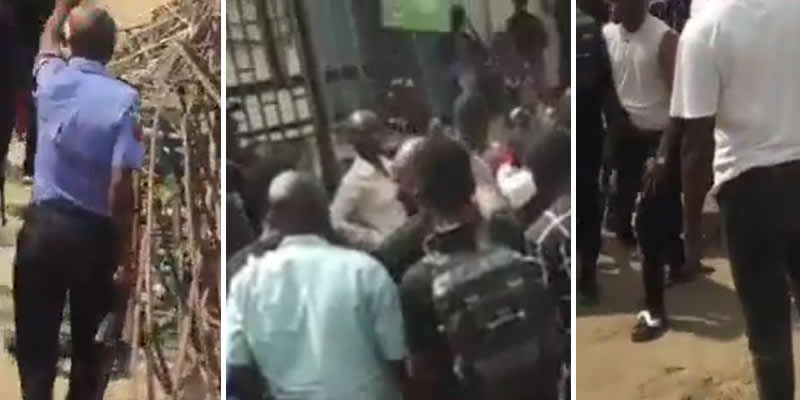 Members of the Oodua People’s Congress (OPC) have allegedly killed a 25-year-old man identified as Daniel at Cele Street, Volks bus-stop along the Badagry expressway on Wednesday, December 18th.

WITHIN NIGERIA learnt that the trouble started on Monday, December 16th when late Daniel returned home from an outing in the night.

It was further learnt that late Daniel had a faceoff with an OPC member and they reportedly exchanged words before Daniel retired to his house.

According to reports, “On Wednesday night, December 18th while he was at home in company of his friends, Daniel received a phone call from his girlfriend and stepped out of his apartment to receive the call.

A friend disclosed that “while he was outside, he saw the head of the OPC security officers and decided to narrate what transpired the other day between him and one of his officers.

“As Daniel was narrating what happened, the suspect stepped forward with a gun and threatened to shoot him dead, accusing him of making false claims to his boss. Daniel got angry and told the suspect he couldn’t shoot him in a place where others are. Within a split second, the OPC officer pulled the trigger and fired a shot at Daniel on the chest. He died instantly, he further added.

The suspect fled the scene of the incident and has been on the run since then. The matter was reported to the Ojo state police command and the head of the security agent was arrested but has reportedly been released on bail.