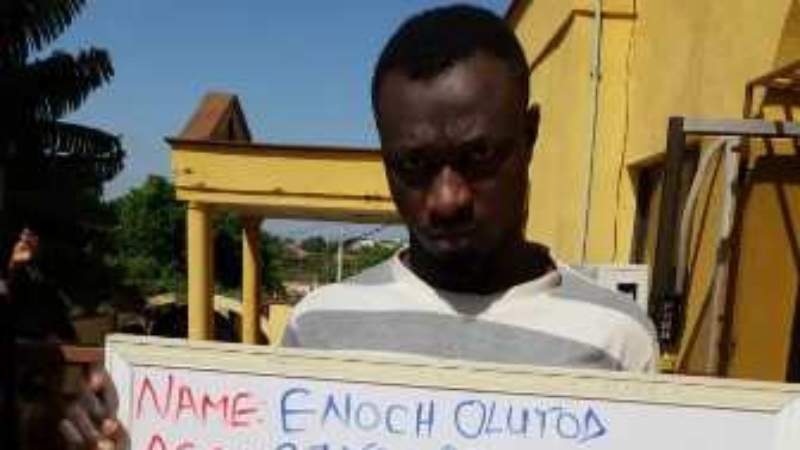 A 27-year-old man identified as Enoch Oluyode has been sentenced to six months imprisonment by Justice Mahmood Abdulgafar of the Kwara State High Court sitting in Ilorin on Monday over internet fraud.

Count one of the charge read: “That you, Enoch Oluyode ( Alias: John Donna ) sometime in October, 2019 at Ilorin within the judicial division of the Kwara State High Court, did attempt to cheat by personation, when you pretended to be one John Donna, a white Caucasian vide Gmail account: [email protected] and in that guise communicated with one Colin Wison vide Hangout with Colin Wilson, a representation you knew to be false and thereby committed an offence contrary to section 95 of the Penal Code and punishable under Section 324 of the same Penal Code.”

Oluyode, who had earlier pleaded not guilty during his arraignment in October, later entered into a plea bargain agreement with the EFCC.

During his re-arraignment last Friday, he pleaded guilty to the charge.

Delivering judgment on the matter, Justice Abdulgafar said the prosecution had proved its case beyond reasonable doubt.

Mompha: Court fixes date for ruling in ‘no case submission’

He therefore sentenced Oluyode accordingly without an option of fine and ordered that the phone recovered from him be forfeited to the Federal Government.