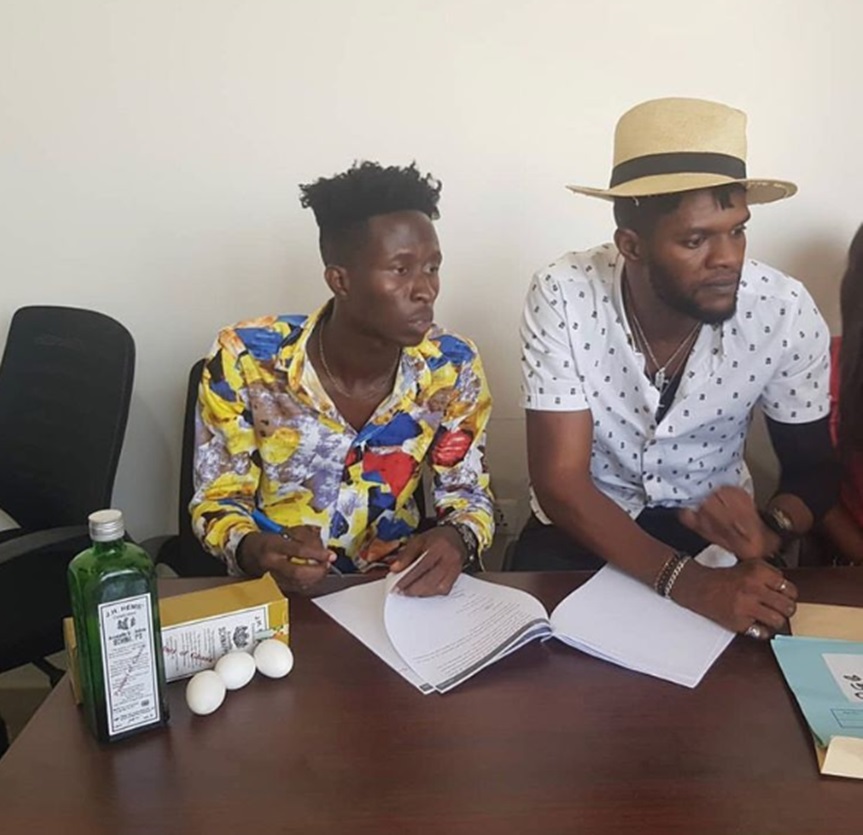 Ghanaian music executive, Ogidi Brown, has reportedly signed a new artist to his record label with a bottle of Schnapps and eggs  to invoke curses after his experience  with his former artiste.

Ogidi Brown whose relationship with his former artiste Fameye went sour, reportedly signed a new artist to his record label with Schnapps and eggs to invoke curses on any of his partners who will renegade after the agreement has been signed.

While some Ghanaians condemned him for allegedly being too fetish and extreme, others fully agreed with him and endorsed his actions. 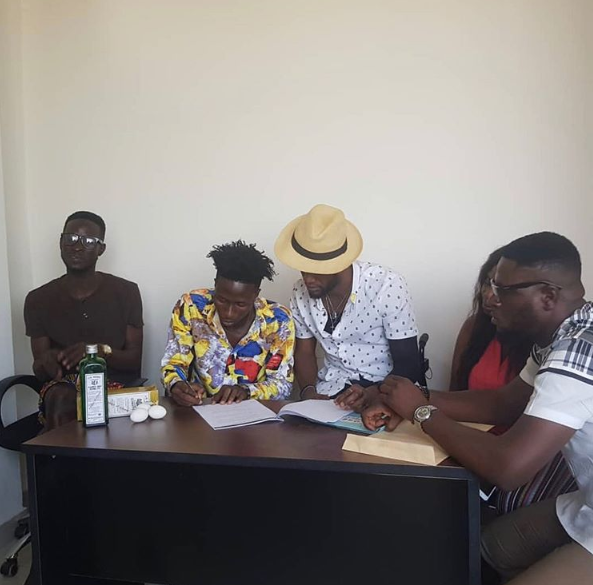