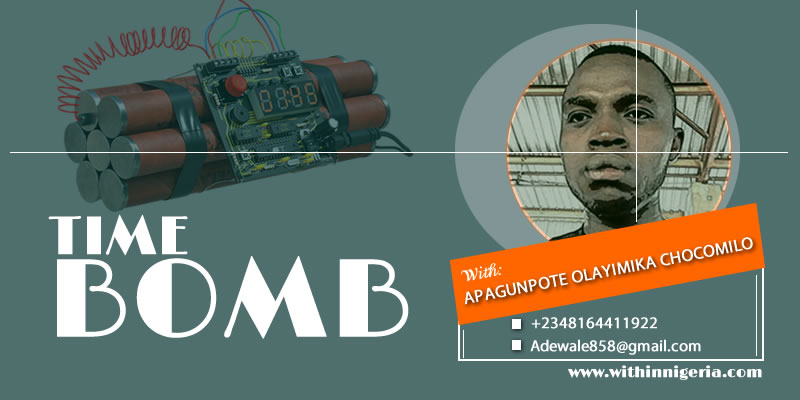 Distinguished Nigerians, I watched the video of telephone interview the former wife of the President now first lady of the federal republic of Nigeria granted “Journalists Hangouts”, a live programme on TVC and it rekindled my already dead sympathy for Aisha Buhari as a “tied woman of bravery and courage”.

I listened to her very well and as beautiful as her choice of words, she could not hide the feeling of captivity. She lamented about the targeted attacks on the first family authored by the same people the president appointed to run his affairs. Out of all menace of fake news in the country, she cited the “fake wedding of the president, family feud and how image makers of the President kept quiet allowing the story to trend for hours as one of her reasons why the hate speech bill must survive inspite its all round criticisms.

When Babajide, one of the discussants on “Journalists Hangouts” asked the first lady of the country, Aisha Buhari why she could not make use of pillow-talk to resolve most issues and always come to the public to decry policies? She simply told him, “there is no pillow in Aso-Rock”. Although they laughed about it because it’s so funny but I tell you that there is a silent message in her statement.

No pillow in Aso-Rock? What was Aisha Buhari thinking? Did she take Nigerians for fools? These were questions people we watched the video together asked. They were completely bewildered that how could that be possible? Truly, we have had reports in the past; courtesy of Aisha Buhari that there are no drugs in Aso-Rock clinic yet the clinic recieves millions annually. Atleast if there is no drug in Aso-Rock clinic, it is understandable because they do not use it but ‘ordinary pillow’.

Aso-Rock is one of the safest places in the world and the most beautiful place with crazy interiors in Nigeria. Although it is located in Nigeria but it is a different world. They spent billions on yearly basis to maintain and renovate buildings, not just new coat of paints like our primary health centres. Security operatives outnumbered the number of public officials, not just 1200 citizens per one police officer who is probably a drunk, a misfit and corrupt individual. Apart from the rat attacks, it is well furnished with imported and highly placed equipments. It is a palace. Why would ordinary pillow be missing in a such environment with class?

Well, it is true that there is no pillow in Aso-Rock because recent outbursts of the first lady are proofs that all is not well with the first family. Her uncontrolled anger and vituperations are pointers; it is either President Buhari is extremely low in affairs management which is evident in ways he intervenes in nation’s matters or Aisha Buhari is possessive. There are possibilities that they do not sleep in same room or even live in different buildings and it is not impossible that they sleep on same bed, act like strangers and go seperate ways the next day.

Sleep on same bed, act like strangers and go seperate ways the next day? Is that really possible? Well, it is very possible. I recently watched a movie titled “Tyrant” for the fourth time and it braced up my opinion that it is very possible that President Buhari and Aisha sleep on same bed without pillow. Let us take a clue from the movie and focus on the first family especially the military head of the state and his beautiful wife. If we were citizens of Abuddin not viewers, we would not have known about the hatred, instability and broken marriage of the military head of state yet together with his wife, he attended state functions and acted like Romeo and Juliet.

Humans and powers are inseparable. There is nothing they can not do to hold its grip. Aisha Buhari has called out the senior special adviser on media and publicity to President of the country and warned him to be more conscious and professional. In public, he warned Garba shehu to stay aloof from the first family and only intervenes in government matters not their personal matters. She alleged that Garba Shehu is the spokesperson for the cabal and people responsible for certain decisions at the elms of affairs. Buhari’s second wife travail and how it went viral without denial from the presidency but Garba Shehu could not wait for two hours before he debunked the APC/Jonathan/Bayelsa story.

Do you still remember the “oza room”? What happened to the keys? There can not be waterbeds in Aso-Rock and ordinary pillows will be missing. It seems the love that led to the birth of Zarah, Yusuf and others is also missing. Could it be the same room Aisha Buhari and daughters of cabals who turned the seat of power to family house (Agbole) were fighting over?

Is Garba Shehu not a staff of Aso-Rock anymore? Is it possible that they do not see eye to eye? You may take Aisha Buhari as a brave and courageous woman but it is my belief that if there is a pillow in Aso-Rock, I see no reason why such issues should not be resolved internally and Aisha Buhari would not need to come on TV to warn Garba Shehu, a staff of the supposed closest person to the President is even at the mercy of the cabals.

I have no doubts that if the pillow is not missing, Aisha Buhari would be a good adviser by the virtue of her love for people. Personally, I have concluded that Aisha Buhari intentionally took the shot at the interview to tell the world that she could not engage in pillow talk with the President because there is no pillow in Aso-Rock. She just confirmed the speculations of ordinary Nigerians that they are politically

Aisha Buhari is simply a ‘tied woman of bravery’. As 2019 rounds up, the best gift Nigerians can give Aisha Buhari is PILLOW. Not only for her sake, the nation truly needs it. Buhari needs to be guided in all ways and the only person that seems to be capable enjoys not the grace of closeness.

Lawal Sodiq Adewale (Apagunpote Olayimika Chocomilo) writes from Osun state. He is a columnist at WITHIN NIGERIA. He can be contacted via email; [email protected]