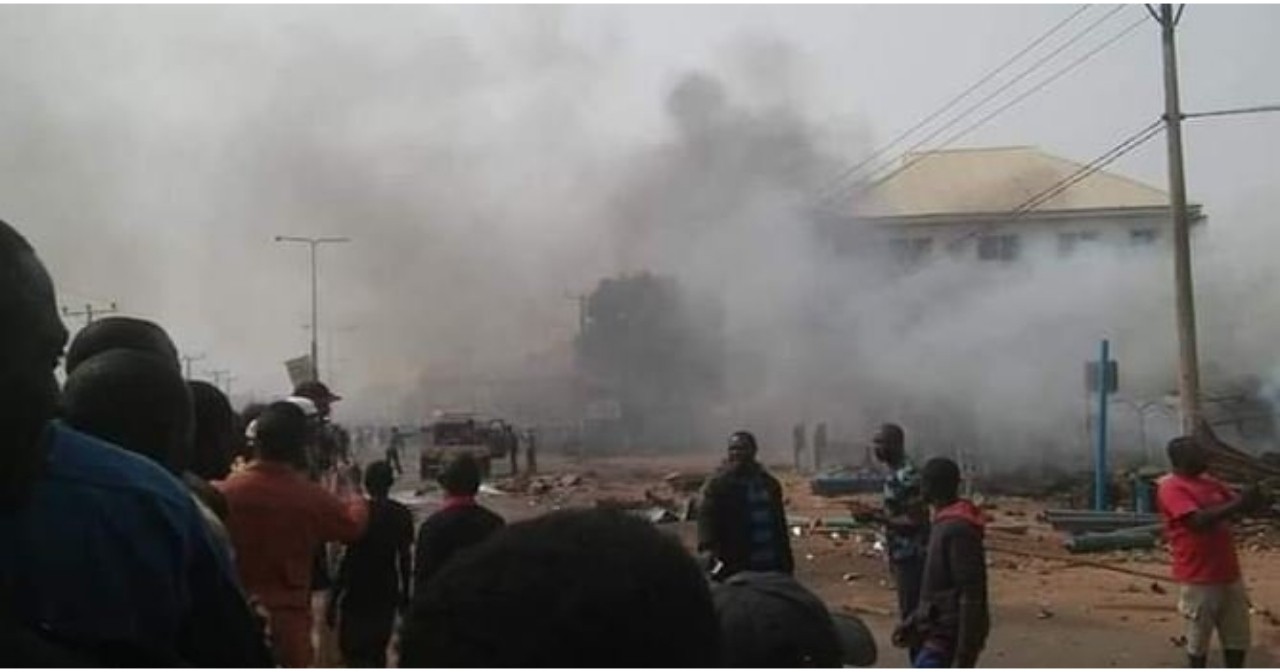 An unspecified number of people have been killed in a gas explosion in Sabon Tasha area of Kaduna metropolis.

The incident occurred at about 1:00pm on Saturday in what sources described as an illegal gas shop located in the main road opposite Total Filling station, Sabon Tasha.

The impact of the explosion caused fear, panic and apprehension among many residents who initially thought it was a bomb explosion.

Philip Kambai, who miraculously escaped the blast, said in an interview that he was in a barbing salon close to the gas shop for a hair cut alongside three other people.

He said he was on his way out of the barbing salon when the explosion occurred.

“They just finished barbing me and I was going out then I heard boom! I fell down, but I managed to get up. Then I saw fire, so I went behind and climbed a fence and in the process I sustained injuries.

“One person also climbed the fence, but I doubt if the barber and two others came out,” Kambai said.

Those killed in the incident were mutilated by the explosion as the police were seen packing pieces of human flesh and body parts that littered the road.

Also said to have been killed was a man who parked his car by the roadside to have a hair cut in the barbing salon.

The building housing the gas shop was completely burnt down following the explosion, however, fire fighters were able to stop the fire from spreading to other buildings.

The incident led to serious gridlock as vehicles plying the Kachia road had to divert to alternative routes.

Security agencies also had a difficult time controlling the huge crowd that trooped out to the scene of the incident.