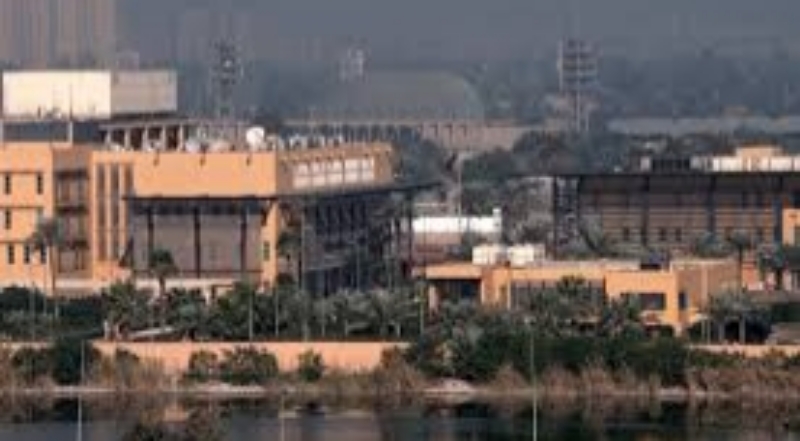 A general view of the US Embassy at the Green Zone in Baghdad, Iraq.
World News

Hours after Iran launched missile strikes at US airspaces in Iraq which resulted into controversy, the Iraqi military has disclosed that two rockets fell inside Baghdad’s heavily fortified Green Zone, an area where government houses and foreign missions stay on Wednesday, January 8th.

According to the Iraqi military, there was no causalty but some sources cited that sirens were sounding inside the Green zone.

The police told newsmen that at least one of the rockets fell 100 metres (yards) from the U.S. Embassy.

The military disclosed that two Katyusha rockets fall inside the Green Zone without causing casualties. Details to follow,”.

According to REUTERS witnesses, two loud blasts followed by sirens had been heard in Baghdad.

PHOTO: Two rockets fired near US Embassy in Baghdad and three more…

US denies carrying out fresh airstrike which killed 6 Iraqi militia…

There was no immediate claim of responsibility.

Recall that the war that seems unending between Iran and United States began some days ago after a top military officer in Iran was killed by a US air strike which was ordered by President Donald Trump.

PHOTO: Two rockets fired near US Embassy in Baghdad and three more fired at airbase…