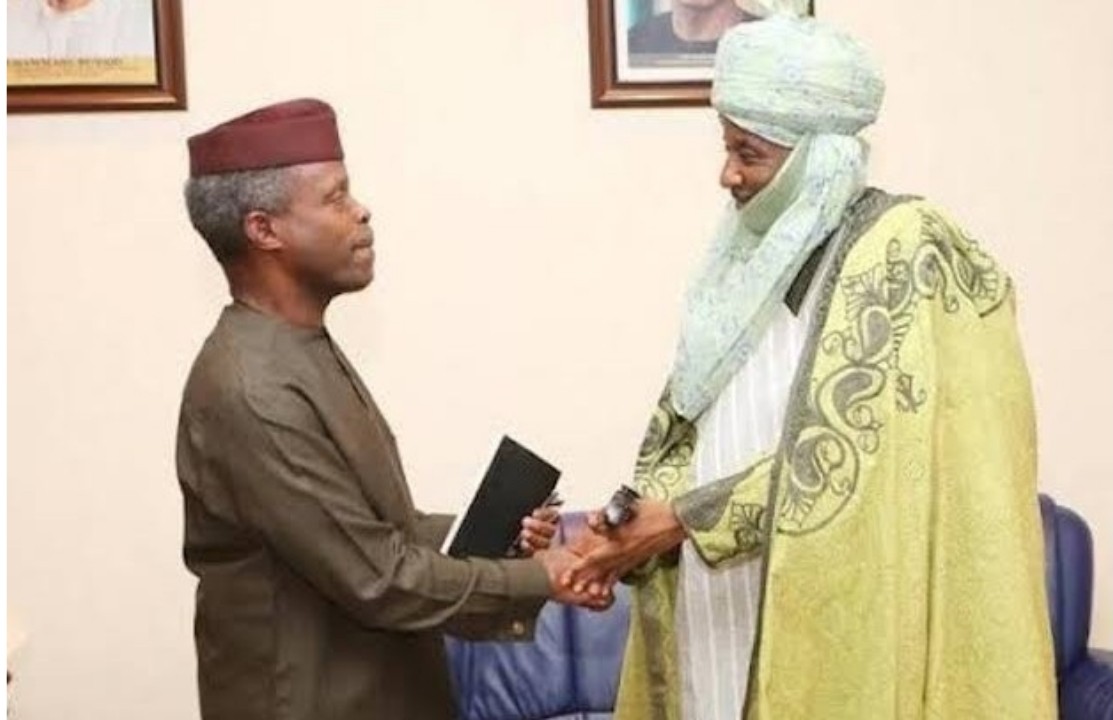 The Emir made the remarks when he received Osinbajo in his palace in Kano.

The Emir commended the Vice President for recognising Kano as one of the peaceful states in the country.

Sanusi said the vice president “he is always welcome in Kano’’.

According to him, the visit of the Vice President to inaugurate some government projects “is a welcome development’’.

Speaking earlier, Osinbajo commended the Emir for ensuring peace in the state, saying that his efforts will go a long way in maintaining the unity of the state.

The vice president explained that the projects he inaugurated in the state were a great development and a part of the dividends of democracy for people in the state.

Ganduje commended the vice president for honouring the state with his presence at the occasion.

NAN reports that the projects inaugurated include the Murtala Mohammed Way flyover and the Katsina Road underpass, named after Alhaji Tijjani Hashim.

The Vice President also laid the foundation for the construction of Kofan Mata underpass.