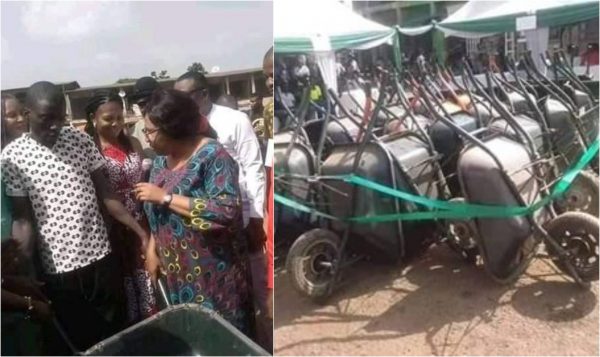 A transition Chairman in Enugu State, Hon Chinwe Ugwu has been called out by a resident of the stare for allegedly giving out wheelbarrows on hire purchase.

According to reports, the wheelbarrows were allegedly given out during a poverty alleviation scheme outreach and beneficiaries are expected to give returns to the government.

Caretaker chairman of Nsukka LG in Enugu State empowers the youths of the local government with wheelbarrows For Kaya. She is giving them out on hire/purchase agreement. 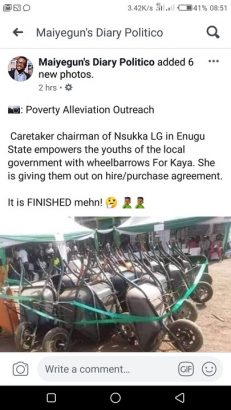 In Enugu State a transition chairperson appointed by Ifeanyi Ugwuanyi the state Governor, has given out wheelbarrows on HIRE PURCHASE to people of Nsukka LGA. Enugu State is in the hands of God. 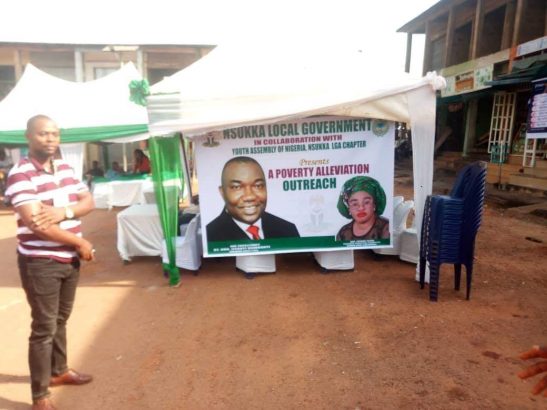 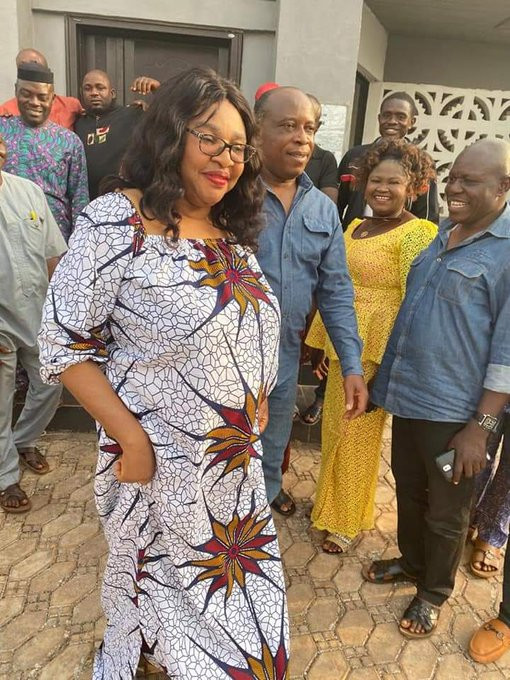 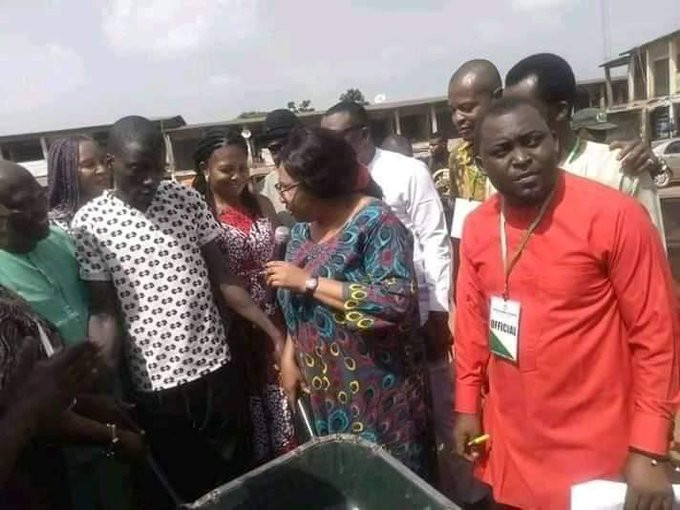 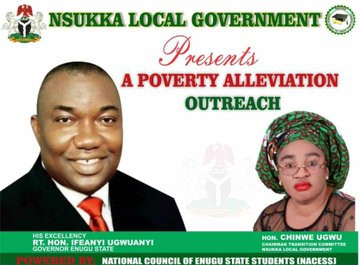 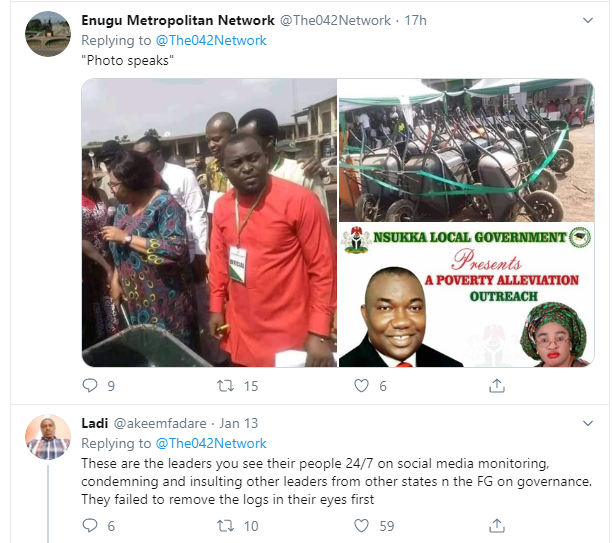 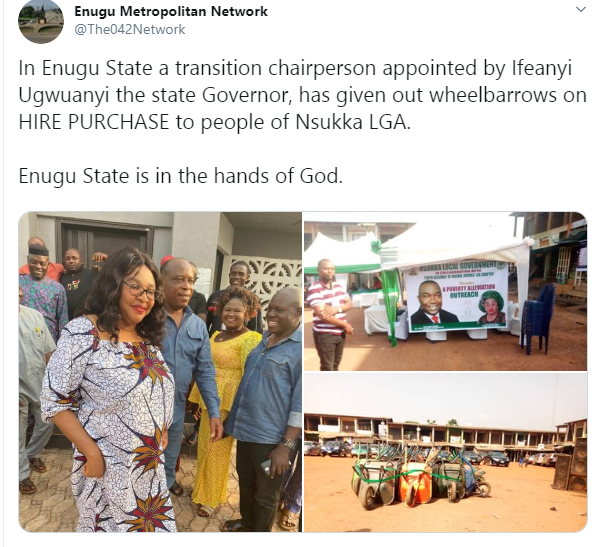 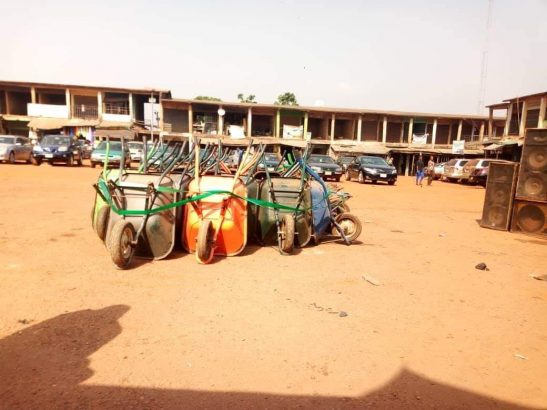