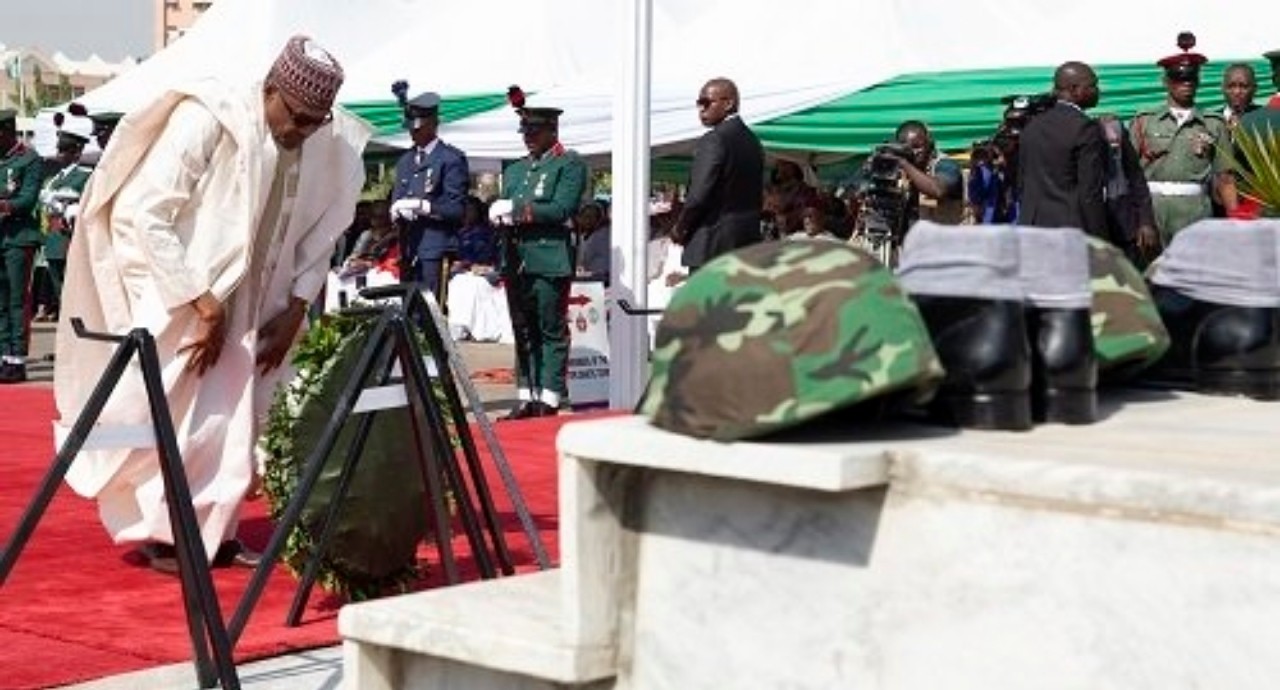 President Muhammadu Buhari on Wednesday in Abuja presided over the wreath-laying at the National Memorial Arcade to mark the end of the 2020 Armed Forces Remembrance Day Celebration (AFRDC).

News Agency of Nigeria (NAN) reports that the president, who arrived the venue of the event at about 10.06 a.m, led Vice President Yemi Osinbajo, the leadership of the National Assembly, and the Judiciary to lay a wreath at the Arcade.

NAN reports that the event marked the climax of the 2020 AFRDC, which started with special prayers offered by both Christian and Muslim military clerics.

On arrival, Buhari, in the company of the Parade Commander inspected the parade by the Army, Navy, Airforce and the Nigerian Legion.

The event also witnessed the bigel of the last, a unique but symbolic aspect of the ceremony that reminds veterans of their departed colleagues and the families of the fallen heroes who had paid the supreme price.

NAN observed that after the one-minute silence for the fallen heroes, Buhari and Vice-President, representative of the Senate President and the Speaker, House of Representatives Femi Gbajabiamiala laid wreaths at the tomb of the unknown soldiers.

This was followed by the Chief Justice of Nigeria, Justice Ibrahim Tanko while the Minister of Defence, retired Maj.-Gen. Bashir Magashi, and the Minister of the Federal Capital Territory (FCT), Muhammed Bello laid the wreath at the same time.

Others, who joined in laying the wreath, included some cabinet ministers while the service chiefs performed the laying ceremony at the same time followed by the National Chairman of the Nigerian Legion, retired Brig.-Gen. Jones Akpa as well as the representative of Widows of the fallen heroes.

Buhari later signed the anniversary register after which he was supported by the other dignitaries to release some white pigeons to signify peace in the land. 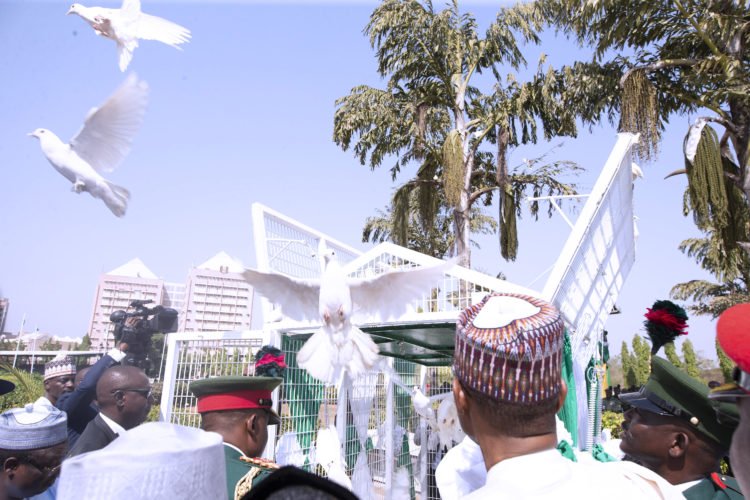 Stop this dance of shame, Wike warned over attempt to demonize Nigerian Army’s…

Imo group petitions Trump, Pelosi as they seek visa ban against CJN and six others