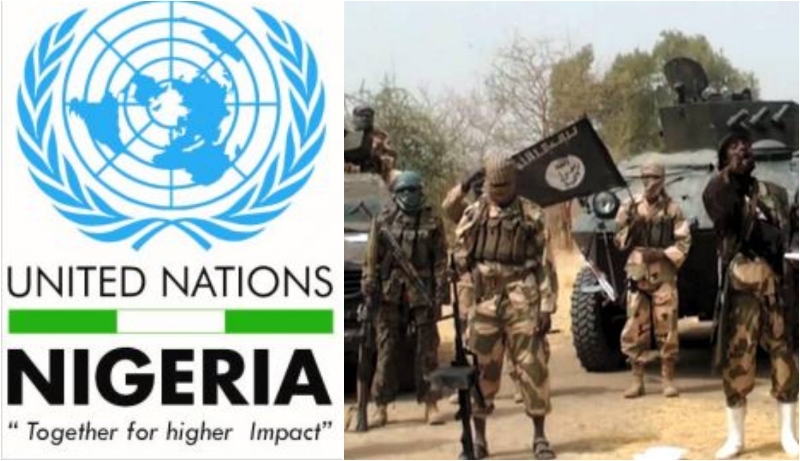 Following an increased number of checkpoints manned by Boko Haram terrorists in the North-East region of Nigeria, the United Nations has decried the development on Thursday, January 16.

This new development was disclosed by the UN Humanitarian Coordinator in Nigeria, Mr Edward Kallon.

He disclosed that the increased number of checkpoints manned by insurgents have exposed more aid workers to attacks.

“I am extremely worried by the increasingly insecure environment that humanitarians are working in to provide urgent and vital assistance to civilians affected by the crisis.

“The humanitarian community is troubled by the increased trend in vehicular checkpoints set up by non-state armed groups along main supply routes in the states of Borno and Yobe.

“These checkpoints expose civilians and humanitarians to heightened risks of being killed or abducted.”

While lamenting on exposure of aid workers to danger, Kallon revealed that a total of 12 humanitarian workers were killed last year, which is double the number recorded in 2018.

The coordinator of UN Humanitarian insisted that insecurity has increased in the North-East region which has led to attacks on aid workers.

He urged the Nigerian government to intensify its effort in protecting aid workers and residents of the state to avoid gross violations of international laws.