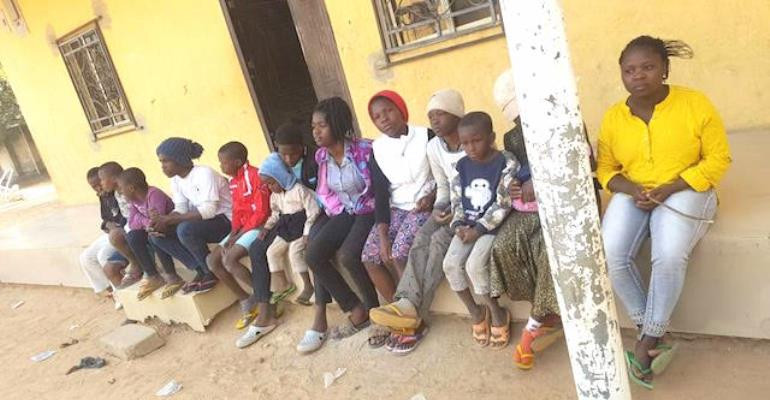 Operatives of Kano State Police Command have arrested a professor identified as Solomon Musa Tarfa for allegedly operating a baby factory in the state.

WITHIN NIGERIA learnt that no fewer than nineteen inmates were rescued at the orphanage home “Du Mercy Children Development Ministry’ in a raid carried out on December 25, 2019.

It was further learnt that Tarfa has been responsible for operating the orphanage home over two decades.

The professor was accused of conniving with one Chidi Christopher who runs a maternity clinic at Nomansland area of Kano to steal the new born babies from their parents after birth.

Kano Police Spokesperson, DSP Abdullahi Haruna Kiyawa alleged that one Dr Nwoye who is currently at large gave ante-natal care to pregnant women after which he handed over their babies to the orphanage home.

Professor Tarfa’s wife, Mercy was also accused of facilitating the procurement of kids through other illegal means.

Man drowns in pond while bathing in Kano

Atleast eight more kids from another orphanage in Kaduna state linked to Professor Tarfa have been reportedly rescued by the police.

Though the academic refused to disclose how he got the kids found in his orphanage, he however alleged that his arrest and subsequent detention in police custody for over three weeks was a calculated attempt to tarnish his reputation as his facility is registered with the Corporate Affairs Commission.