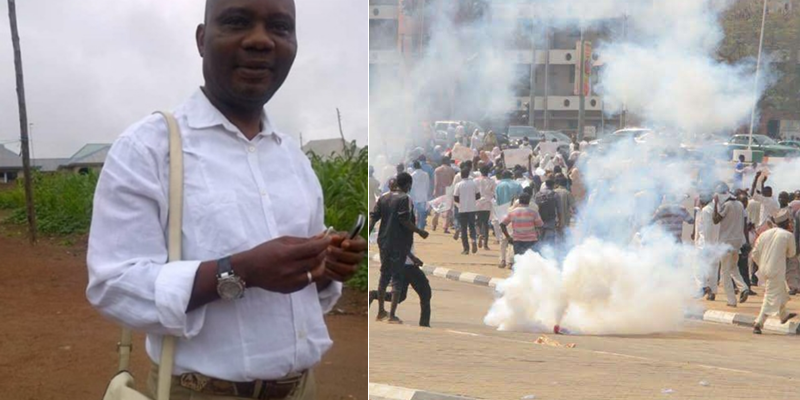 The Police Public Relations in the Federal Capital Territory (FCT), Anjuguri Manzah has been faulted by the Islamic Movement in Nigeria (IMN) over his stand that the police did not kill a Journalist idenitified as Alex Ogbu in Abuja.

It was reported that the gunshot hit the journalist, Alex Ogbu and killed him instantly.

Reacting to the incident, the Islamic Movement of Nigeria described the police action as unprofessional.

“His claims are baseless and unacceptable on all grounds. The police should be cautious and must restrain from firing live ammunitions in public space, the group dismissed Anjuguri’s statement.

“Our continuous protests are as a result of the failure by the Muhammadu Buhari government to release our leader, Sheikh Ibraheem Zakzaky, and his wife…”

WITHIN NIGERIA learnt that the deceased identified as Alex before his demise was a journalist with Regent Africa Times, a magazine publication based in Abuja.

UPDATE: Alex Ogbu, the journalist covering Shiites march in Abuja has been shot and…

How Journalist escape death after robbery attack in his Lagos home