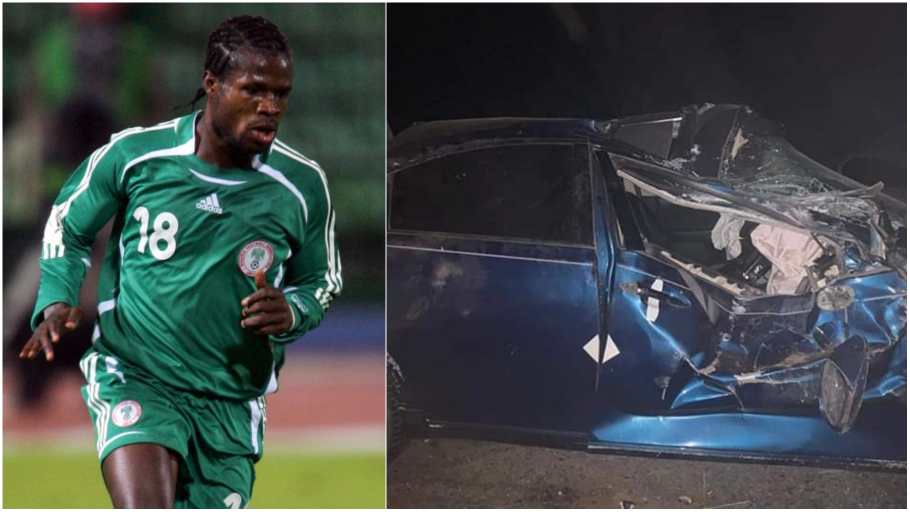 Former Super Eagles midfielder Christian Obodo was involved in an auto accident on Sunday, January 26, 2020. The car accident occurred around Ozo road in Delta State with the car of the 35-year-old badly damaged.

No life was lost, it was said that he was with his mother when the incident occurred. The car was a complete write-off indicating how serious the accident was.

Narrating the ordeal, Obodo revealed the accident was the second he had this year.

“That was two days ago I was coming back from Enugu where I went to bury my Uncle on the 16th,” he said about the car wreckage.
“At about 3pm along Ozoro, I was driving at about 110 [km/h].

“I had my 65 year-old mum and younger brother with me in the car; we came through without a scratch. When I went back to see the wreckage, I burst into tears because I knew I was lucky to be alive.”

I feared Dwayne ‘The Rock’ Johnson would not survive in…

“The first incident happened on the 16th of this month, I was driving to my Community with two relatives when a trailer, crashed into us from behind. The driver said the truck had no brakes and he had lost control at the time.”

In 2012, the former Udinese man was reportedly kidnapped by gunmen near Warri, Delta State. He was rescued the next day in nearby Isoko by men of the Nigerian police force.