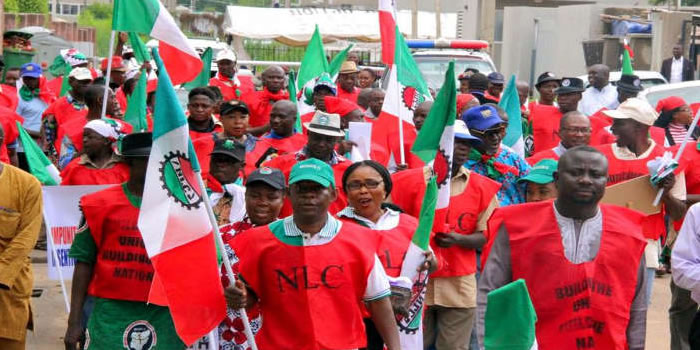 The Organised labour in Niger state, on Monday, directed its workers to embark on an indefinite strike from February 4, over non implementation of the new national minimum wage

This was contained in a statement jointly signed by Mr Yakubu Garba, chairman Nigeria Labour Congress (NLC), his Trade Union Congress (TUC) counterparts Yunusa Tanimu and made available to newsmen in Minna.

This was resolved after the organized labour held an emergency joint State Executive Council (SEC) meeting on Jan. 29, to resolve on a notice of 21 days ultimatum of strike action issued to the government on Jan. 3, 2020.

“We write to formally inform you that all civil servants in Niger state are by this notice directed to proceed on an indefinite strike action with effect from midnight February 4, 2020, ” it read.

The statement said the strike would be comprehensive shall remain in force till the state government “demonstrate a clear and adequate commitment” to tackling lingering issues bothering on workers’ welfare.

Some of the demands of labour included the immediate implementation of the N30,000 National Minimum wage and accrued arrears to all categories of workers both at the state and local government levels.

The NLC is also calling for the immediate resumption of payment of outstanding annual leave grant for 2019 to workers at both state and local government level, NAN reports.