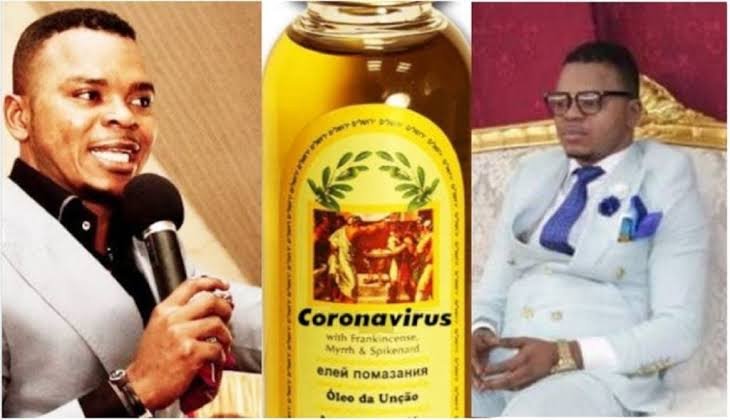 Controversial Ghanaian clergy man, Bishop Daniel Obinim of the International Godsway Ministries is on the news yet again for another controversial reason.

Obinim, is a man famous for his controversial lifestyle and he seems to enjoy the uproar that trails his actions on and off the pulpit.

Multiple reports from Ghana say the self-acclaimed ‘Angel’ during a service in his church last Sunday launched an anointing oil which he said will protect those who use it against the deadly coronavirus.

According to GHPage, the controversial cleric said the widespread of the coronavirus gives him sleepless nights as he fears that it may find it’s way to Ghana and as the closest Angel of his father Jesus Christ he decided to come up with the oil.

The anointing oil is said to cost Ghc 200 (N13,000) and would be used to fend off the deadly virus from coming closer to anyone both physically and spiritually.

Obinim also claimed the anointing oil has been vetted and approved by the Heaven’s Division of Food and Drugs Authority (FDA) and does not need any approval from any earthly government agency.