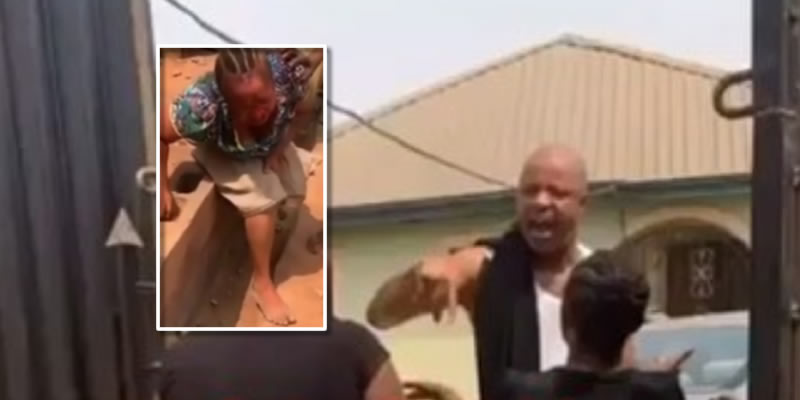 A woman in her early forties identified as “Mama Twins” was assaulted by her husband identified as Chukwu at Ayeitobi Amakale, Alagbado in Lagos State.

WITHIN NIGERIA learnt that the decision of the wife to get a job as she was tired of being a full-time housewife infuriated her husband which resulted into conflict.

The woman sustained injury in the course of fighting which later resulted into bleeding after the matter degenerated.

Concerned neighbours who came to rescue the said woman disclosed that the husband is a regular molester, saying that was not the first time the man would be assaulting his wife.

Inside the video, the woman can be seen sitting on mounted blocks crying profusely while concerned neighbours can be seen trying to calm the angry man as he insists on slapping his wife’s face.