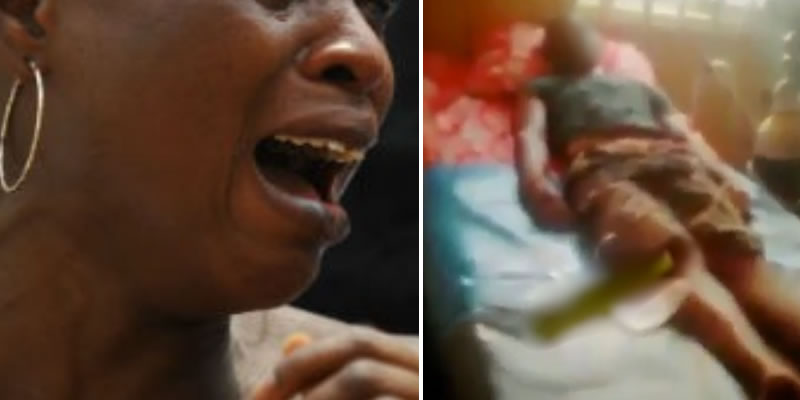 ‘Pained’ woman faces corpse of man who died on-top side chick, gives him curses instead of farewell

A viral video making rounds online shows moments an unknown woman was captured on camera, placing heavy curses on the corpse of a Nigerian man she identified as “Dare”.

According to sources, the Nigerian man died while allegedly having sex with his side chick. The lady who was heard talking in the background of the video, was saying that the deceased got what he deserves.

She added that his wife and children will survive without him.

However, unconfirmed sources alleged that it was the wife of the late Nigerian man that was placing the curses.

In a related news, a Nigerian man was confirmed dead after sleeping with a prostitute during a night out, watch video here.