Amidst controversies, heavy protest and exchange of verbal missiles as a result of the verdict of the Supreme Court on Bayelsa 2019 Gubernatorial Election, the candidate of the People’s Democratic Party (PDP) and Bayelsa state governor-elect, Senator Duoye Diri has been sworn in as Governor of Bayelsa state.

Senator Diri was sworn-in yesterday evening at a ceremony by the state Chief Judge, Justice Kate Abiri who administered the oaths of office and allegiance on Diri in the Government House, Yenagoa, the state capital.

His swearing-in comes a day after the Supreme Court sacked the former governor-elect of Bayelsa State, David Lyon, and his Deputy, Biobarakuma Degi-Eremieoyo. 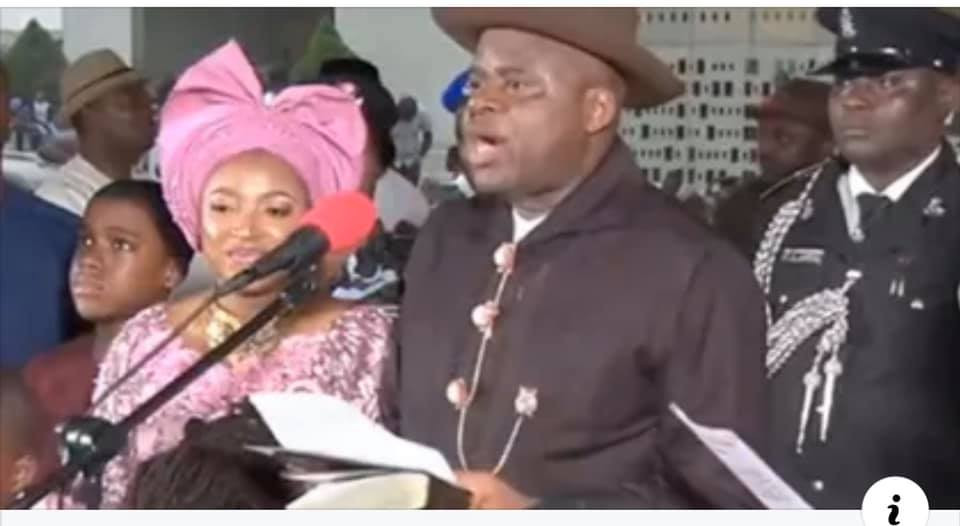