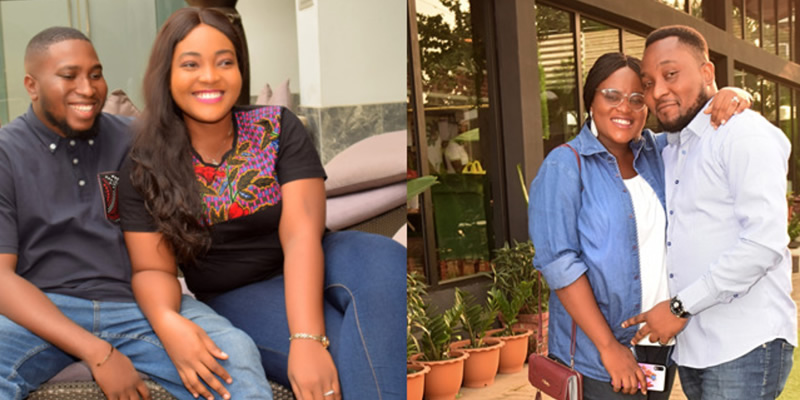 While Valentine is celebrated as the season of love all over the world, Tobi and Patrick will forever cherish this momentous occasion in their hearts. It was a fantastic day as the couple emerged winners at this year’s TECNO Blue Valentine and were awarded a whopping sum of 1.5M Naira for their wedding reception set to hold on the 16th of May 2020.

Think about the cake, food, décor, music, halls and a thousand more things that go into throwing the best wedding bash. However, Tobi and Patrick won’t worry about the funds involved but simply look forward to throwing and enjoying their fabulous wedding reception because TECNO has their back this season.

The TECNO Blue Valentine kicked off on the 22nd of January where intending couples were invited to tell their love story by posting their pre-wedding photos on TECNO Social media pages. The singles were not left out as they also nominated couples they knew would be getting married soon in a bid to have their wedding reception sponsored by TECNO. Thousands of entries were received where four couples; Anuoluwapo Christiana and Ayodeji Samuel; Karimat Oyindamola and David Iniobong; Tobi Odebode and Patrick Nwafor; and Eluemelem Cybil and Ehis Julius emerged as finalists.

The finalists were rewarded with a Night Getaway in an exotic Hotel, where they had loads of fun and love game. In the end, Tobi and her fiancé, Patrick emerged as the overall winner with N1.5 Million wedding sponsorship.

Watch the Video below

The journey of Tobi and Patrick in the TECNO Blue Valentine began through a nomination by their friend Becca. They were Becca’s bridesmaid and groomsman on her wedding day. Tobi and Patrick met on Facebook in 2009 and from there, their love journey began. However, after Patrick graduated from high school, the lovebirds lost contact. Nevertheless, fate brought them together once more at the University, where they rekindled their love. It is no wonder that they will be tying the knot on the 16th May 2020.

It was a fantastic competition, and we can’t wait to enjoy the orishi orishi at their upcoming wedding ceremony. We hope to keep a date with them, and of course, we are also keeping our fingers crossed for more goody bags from TECNO. Congratulations to Tobi and Patrick, for winning this year’s #TECNOBlueValentine

How Pastor Muoka saved my life while in prison, Major al-Mustapha reveals