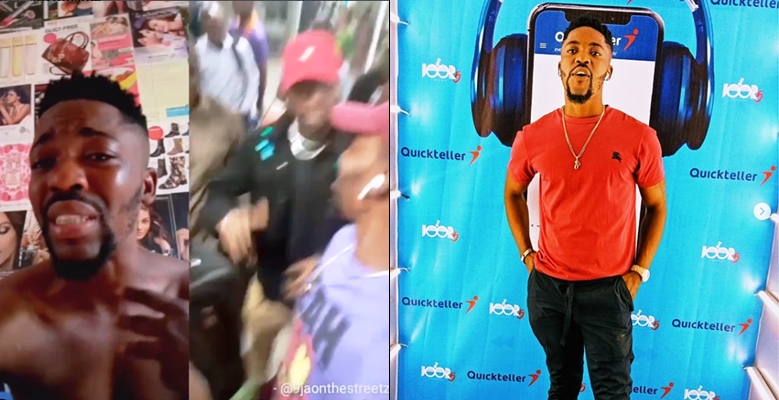 A journalist identified on IG as ‘JAONTHESTREETZ’ has cried out after he was allegedly slapped and ‘heavily spanked’ on the chest by popular singer,Davido.

The journalist claimed he was assaulted by the singer on Valentine’s day at the international airport, where he went to pick up an artist.

He said as a huge fan of the singer, he approved Davido for a photo only for the latter to descend on him with a ‘heavy SPANK, a heavy SLAP’ , which has left him in pains.

Sharing a video, he wrote;

“With @davidoofficial and he’s groosy responsibility was walking down the aisle of airport. With so much enthusiasm in me and fans with persaby was taking pictures with him; I was amazed to see him and wanted to say HI and take a picture with him. But see what I got??? A heavy SPANK, a heavy SLAP. And for some days now I haven’t been my self been nursing pains… ”