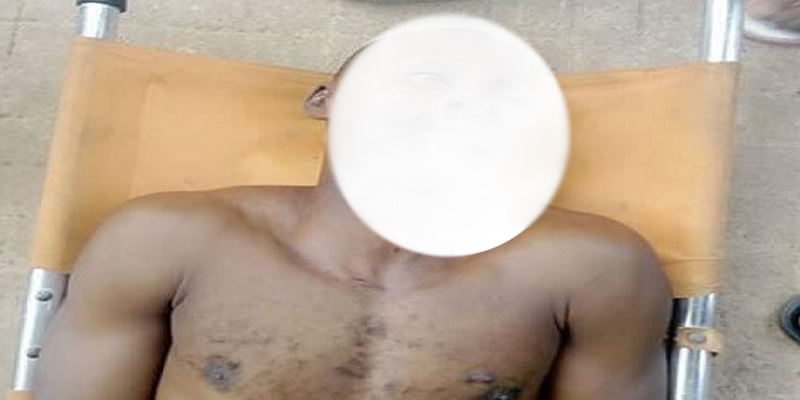 Following pockets of violence recorded in various parts of the state during the primaries for the People’s Democratic Party (PDP) which turned bloody on Friday, one person has been reportedly killed in Ebonyi state.

The deceased identified as Mr Enyinnaya Ibiam was shot dead by an unknown member of a rival group of the party in the area.

As at the time of writing this report, happenings were sketchy but it was learnt that the bullet that killed him was intended for another person.

Reacting on the tragic incident, Commissioner of Police Awosola Awotinde confirmed the killing.

He said the police are on the trail of the shooter and will soon arrest him to answer for his crime.

He however did not disclose the name of the shooter.

The eyewitness who prefers anonymity over fear of victimisation disclosed that there was a serious clash between two groups at the venue of the councillorship election at Uwanna where armed thugs shot sporadically into the air to scare voters but it took the intervention of the Police who stormed the area and stopped them.

“There was a serious problem but the police came and teargassed them and the boys were disparsed. But later when the police left, the coordinator was said to have pulled out a gun and shot at his brother who is opposing his preferred candidate but fortunately he dodged the bullet and the bullet hit Ibiam who was standing at his back” she stated.

However, some armed thugs allegedly attacked a journalist’s wife identified as Mrs Ogochukwu Nweke in Abakaliki, capital of Ebonyi state.

A youth leader in Ishielu local government led the attack on his wife, the husband of the victim identified as Chukwudi Nweke a worker at the Ebonyi state Broadcasting Cooperation (EBBC) told newsmen.

“They beat her up, stripped her naked and collected all her belongings including the originals of her credentials, her PDP nomination form, my laptop and many other personal things including N110,000. This happened at Aristocrat Hotel where the Local govt party executives invited her for her clearance

“I need the assistance of all to help me recover my wife’s Original Academic Credentials.

“I most humbly call on the passionate father of the state, David Nweze Umahi and the wife to wade into this matter .

“My house is under siege and we have been in the bush since yesterday as they are still trailing us. My wife and my entire family are under threat and fear” he stated