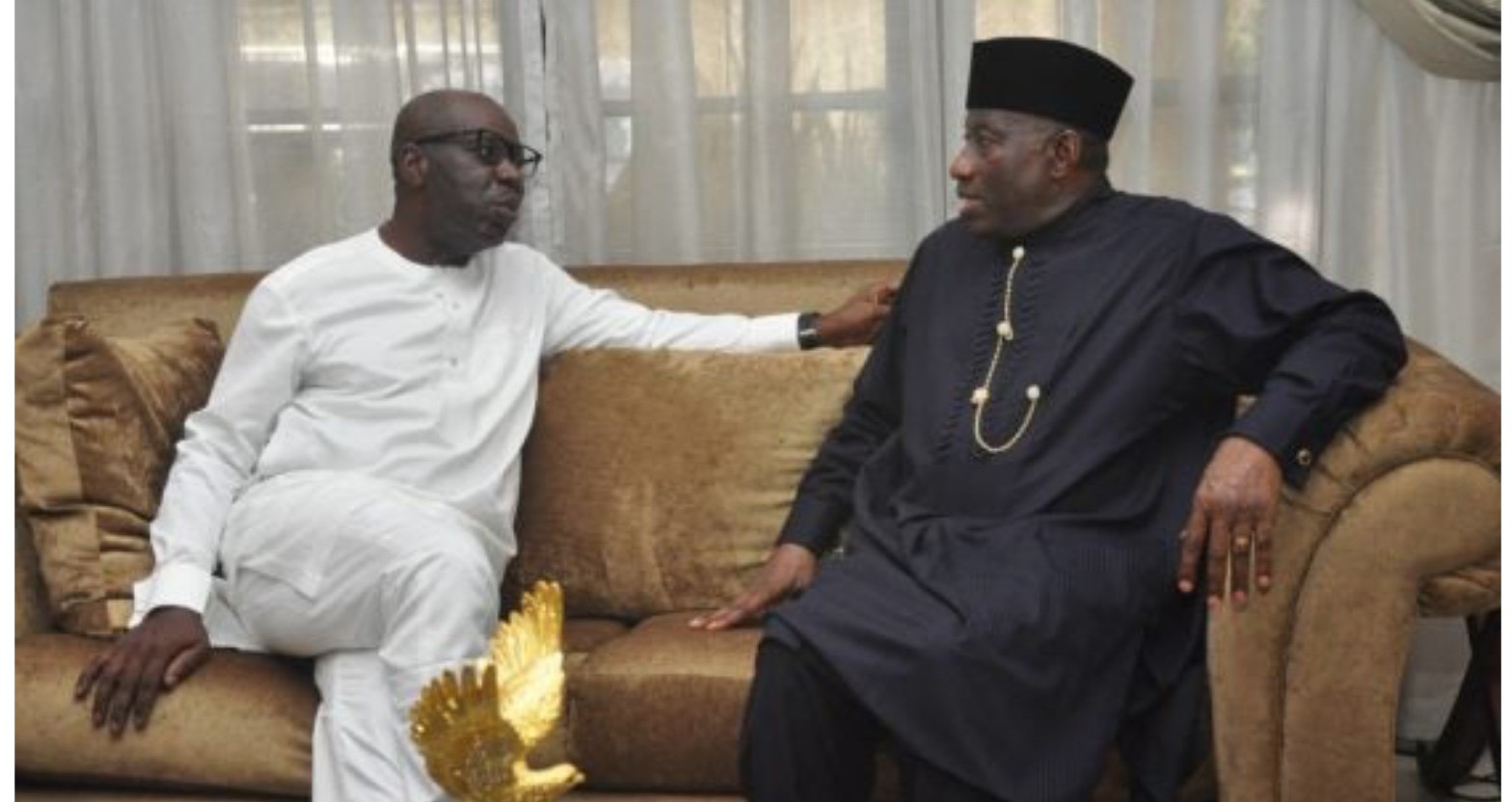 The former President gave the commendation on Sunday in Benin City, when he paid the governor a courtesy visit in his residence.

Addressing journalists during the visit, Jonathan described the visit as customary, noting, “Traditionally as someone who has been a President or a senior political office holder, when you go to a state, you have to pay a courtesy call on the Chief Executive; even if you are free or not, at least you must inform him.”

Appraising the Obaseki-led administration, the former president noted that the governor is working tirelessly to transform the state, urging him to continue with his people-oriented and transformational projects and reforms.

The former president said he was in Edo State to express appreciation to the founder of Igbinedion University, Chief Gabriel Igbinedion for bestowing on him an honorary degree in November, 2019.

In his remarks, Governor Obaseki said he was delighted to receive the former President.

The governor noted that it is sad that a former governor of the state and suspended National Chairman of the All Progress Congress (APC), Comrade Adams Oshiomhole disregards protocol anytime he visits the state.

The governor noted, “It is really sad that someone who has been governor of the state is visiting the state and does not realise that courtesy demands he should inform the incumbent governor or other government apparatus of his visit. He doesn’t inform the chief executive who is in charge of his security when he is in the state.

“As someone who has served the country, courtesy demands that you inform the governor of the state that you are coming and if you have time during the visit, you can pay him a courtesy call. It is really sad and unfortunate that people who have served the state and who should know better behave the way they do, with impunity and lawlessness.”