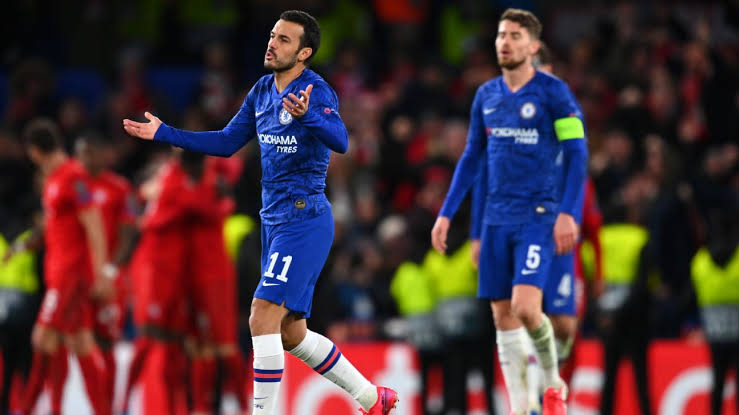 German champions Bayern Munich thrashed 10-man Chelsea 3-0 in their Champions League first-leg round of 16 clash at Stamford Bridge on Tuesday.

It was Chelsea’s heaviest ever margin of defeat in a home game in European competition.

After a goalless first half, Bayern turned up the style in the second half and scored three goals through Serge Gnabry who had a brace and Robert Lewandowski.

Just four minutes later Gnabry got his second off another assist from Lewandowski, who laid the ball into his path before he placed his left-foot strike beyond the reach of Willy Caballero.

And in the 76th minute Lewandowski got on the score sheet as he tapped into an empty net from an Alphonse Davies low cross.

With seven minutes remaining in the game, Chelsea were reduced to 10 men after Marcos Alonso was shown a straight red card for elbowing Lewandowski.

He was initially given a yellow card but after consultation with VAR, the referee changed it to a red card.

Alonso becomes the first Chelsea player to be sent off in the Champions League since April 2012, when John Terry was sent off against Barcelona in that season’s semi-final.

And in the 89th minute Arturo Vidal was sent off after an altercation with Napoli’s Mario Rui.