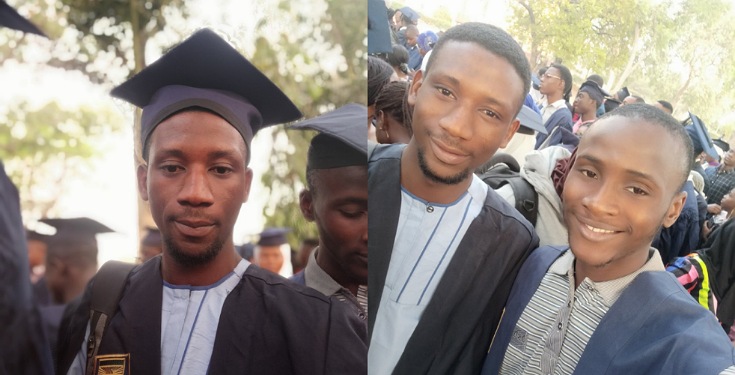 A Nigerian man took to Twitter to celebrate getting admitted into the university after 8 years of leaving secondary school.

According to the excited student, he wrote WAEC three times, and JAMB, five times.

Congratulating himself on the occasion of his matriculation, Azeez urged his followers not to give up on their dreams. The young man also shared beautiful photos from his matriculation ceremony.

Happy matriculation to me…
3 WAEC, 5 JAMB, 8 YEARS AFTER SECONDARY SCHOOL…
Never give up on your dreams…#Ambitious#UnilorinMatric2019 pic.twitter.com/O5jP7R8SCj

Touched by his story, some Nigerians have taken to Azeez’s comment section to congratulate and wish him well in his endeavours.

Read some comments below:

Congratulations.
Mine is 1 WAEC,6 JAMB 7 YEARS. AFTER SECONDARY SCHOOL,my matric is on the 7th of March

7 years between WAEC and Uni. 2 WAECs, over 8 JAMBs. Lived close to LASU and around students so made the long stay at home even worse.

Congratulations…
Your resillience is mindblowing, i hope to hear more about your achievements soon

Aside: I met a guy in the UNI who wrote jamb for 9 years.
This guy went on to finish as one of the best in his dept while bn on scholarships from his 2nd year.

Man raped by three ladies in University, reveals how traumatized it left him