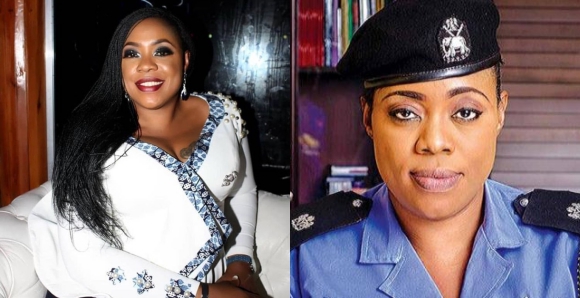 Famous Police PRO Opetola Dolapo Badmus has said that people having tattoos and dreadlocks shouldn’t be subject to harassment from security officers, especially the Police.

It has become a usual norm for the Police to stop such people, asking to see the content of their phone and they got extorted at some point as well.

Badmos who was part of the panellists at the Social Media Week sponsored by Sterling Bank that includes social media commentator and human rights activist Segun Awosanya, and popular rapper, Rugged Man said those harassed should know their rights.

The theme of the programme was: Social Media Wars – Dreads, Tattoos & Passwords’ from the perspective of an officer of the law.

She, therefore, told them to refuse intimidation of any law enforcer who wants to use their tattoo and dreadlock as a basis.

VIDEO: How Terry Apala was harassed, stripped by police in Lagos

Dolapo Badmos redeployed to enforcement and disciplinary department of…

I joined the panelists of the social media week seminar organised by @sterlingbank to address the topic – "Social Media Wars- Dreads, Tattoos and Passwords' I contributed from the angle of a law enforcement officer. pic.twitter.com/8PwxCmF44x

As expected questions were asked on why bearers of tattoos and dreadlocks were always subject of harassment and intimidation from the law enforcers.? Various rational suspected to may have been the cause were discussed.

"HAVING TATTOO ON YOUR BODY OR DREADLOCKS ON YOUR HEAD DOES NOT AUTOMATICALLY MAKE YOU A CRIMINAL.Resist the intimidation of any law enforcer who wants to use that as basis to terrorize you by remaining calm,firm, courteous and insisting on not being a criminal for having that.

In other news, the Nigereian Police Force has finally taken action against the SARS officer who killed the Remo player.