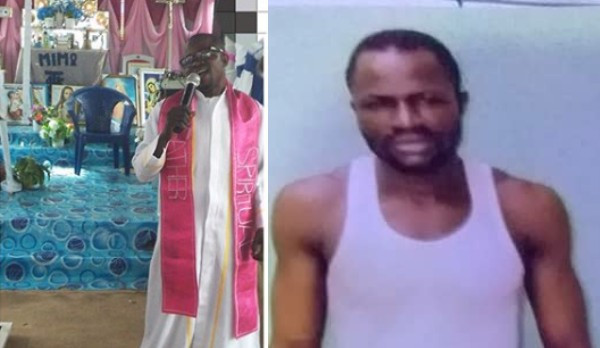 A 36-year-old Prophet identified as Temidayo Afolabi has been arrested by the Lagos State Police Command for allegedly defiling a 13-year-old church member inside his office within the premises of the Church he presides over.

WITHIN NIGERIA learnt that the pastor of Cherubim and Seraphim Church, Kings of Kings parish in Ipaja, Lagos reportedly warned the young girl he had sex with numerous times against telling anyone.

According to local report, the pastor was arrested after being caught red-handed in the act by the girl’s elder sister who reported the incident to their mother.

The 36-year-old prophet has been transferred to the Gender section of the Police Command and undergoing interrogation.

Afolabi admitted that he had only slept with the victim about five times before being nabbed.

Afolabi said he decided to use his office to perpetrate the bad act to avoid getting caught by his wife.

Reacting to the development, Lagos State Police Spokesperson, Bala Elkana confirmed the arrest and further disclosed that the suspect will be charged to court after investigation has been concluded.