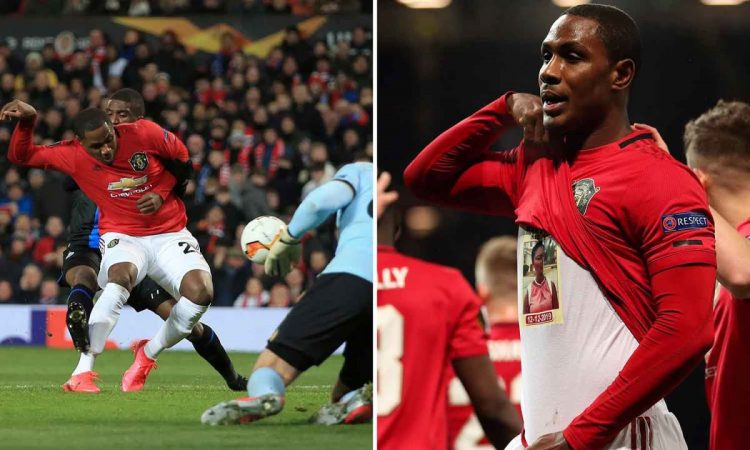 The former Super Eagles striker hit the back of the net in the 34th minute when he latched home an expertly cut back pass from Juan Mata.

Ighalo dedicated his first goal for Manchester United to his late sister, Mary Atole. During his celebration, Ighalo raised his jersey to reveal a tribute to his sister who died on December 12, 2019, at age 42.

Ighalo joined United on loan this January and is not exactly the big name some fans will have been hoping for.

Still, he’s there to do a job as cover for Marcus Rashford and he’s doing it.

😍 @IghaloJude smashes in @JuanMata8's cut-back for his first United goal!

The Reds lead 2-0 on the night 👏 #MUFC #UEL https://t.co/8Gu5TLYbdf pic.twitter.com/bzHCfoCSRj

Ighalo has his goal 🙌

That ball from Fernandes 🤤 pic.twitter.com/ElJVo3A6lU