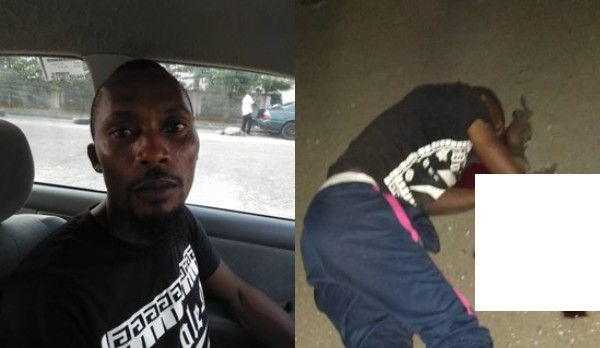 Following an attack launched against him by hoodlums on Eko Bridge at Lagos Island area of Lagos state, a cab driver has reportedly lost his life to the sad incident.

WITHIN NIGERIA learnt that the deceased identified simply as Comrade Ehis was reportedly changing a flat tyre on the bridge before being attacked by the hoodlums who dispossessed him of his valuables.

According to @MOTPA_NG who shared the report via tweets, it revealed that;

“Comrade Ehis met with an untimely death late last night on Eko Bridge, close to Costain. We pray and hope his family have the fortitude to bear the loss. Securities need to be beefed up on Eko Bridge and all lights need to be working from 6-7pm Sir @jidesanwoolu @followlasg.

“He had a flat tyre, came down to proffer solution then got attacked by hoodlums who took his belongings and then still threw him off the bridge. If there was security personnel’s presence and lights on the bridge were lit then he wouldn’t have died or met with the hoodlums.” 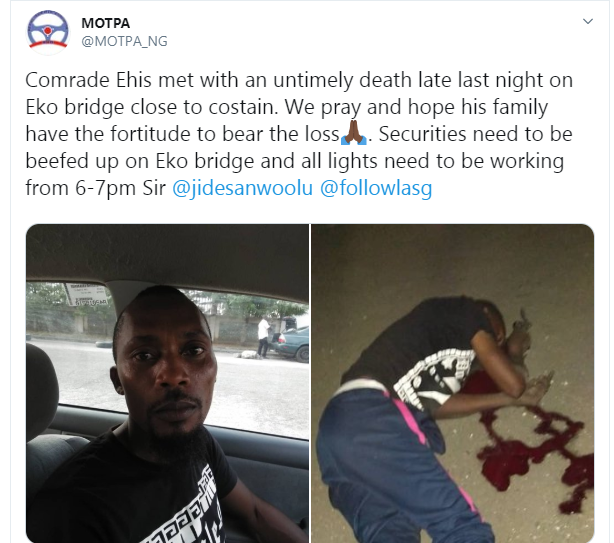 Tension in Osogbo as hoodlums attack traders, others