There was pandemonium at  Warehouse Junction in Owerri, Imo State’s capital as a taxi driver was reportedly confirmed dead following an altercation that occurred between him and the owner of a Lexus SUV.

According to eyewitness report, the Lexus SUV driver/owner punched the taxi driver to death after a collision between them. It was further gathered that the taxi driver died at the spot after the alleged assault.

“It happened at warehouse junction Owerri, a taxi driver reportedly hit a Lexus Jeep, the owner of the Jeep, a young man out of anger jumped out of his car and punched the taxi driver to a point he collapsed to death. See pictures attached.” 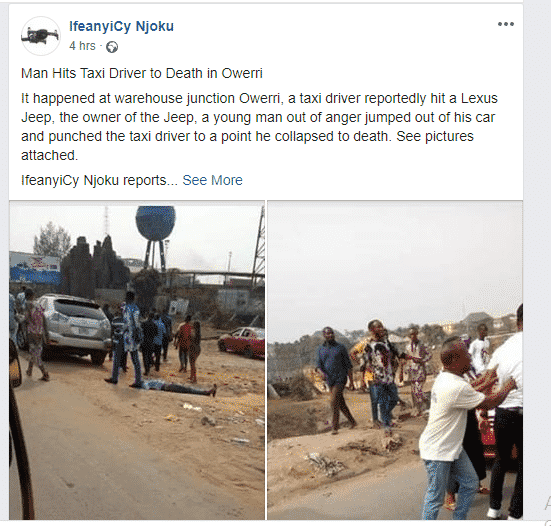 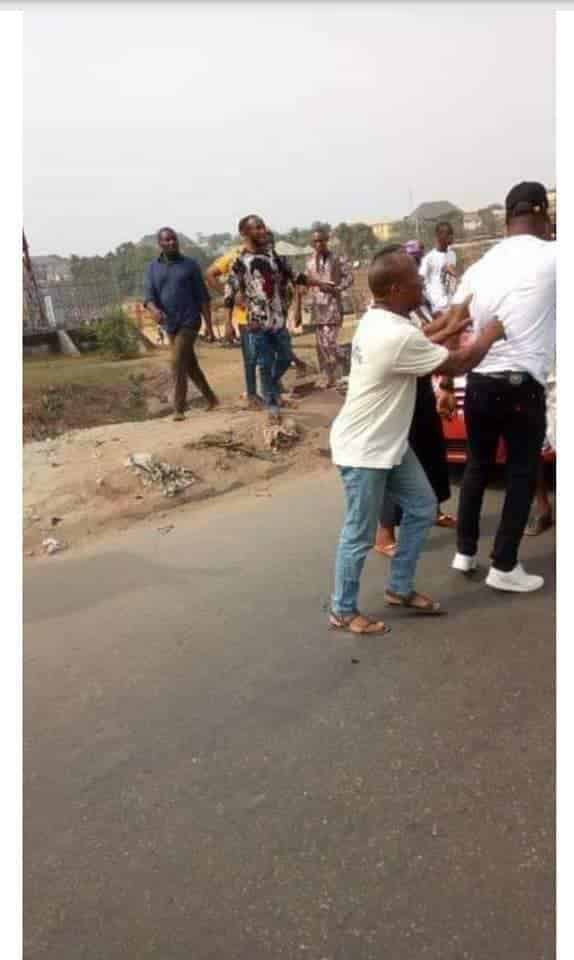 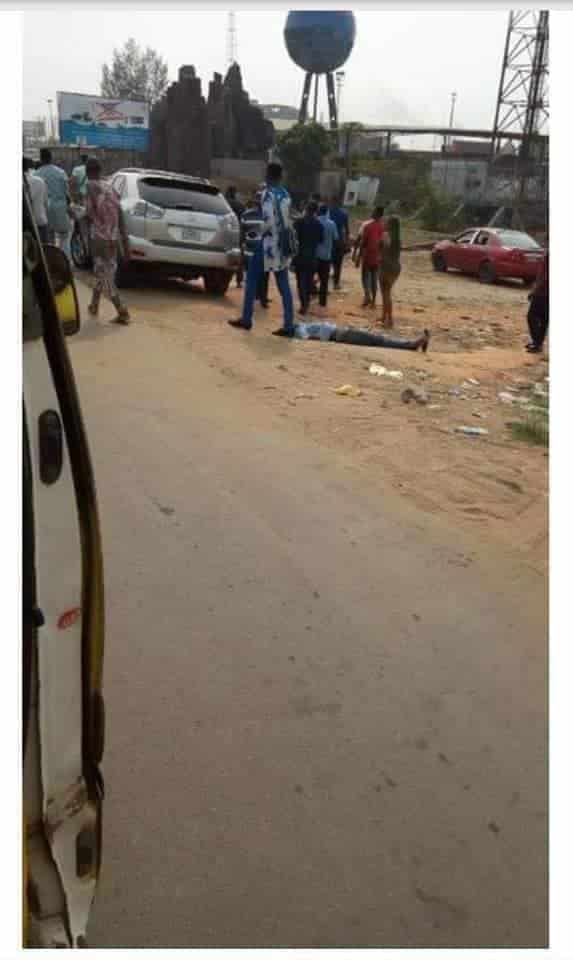 In other news, a petrol-ladden tanker lost control and killed three person in Anambra.