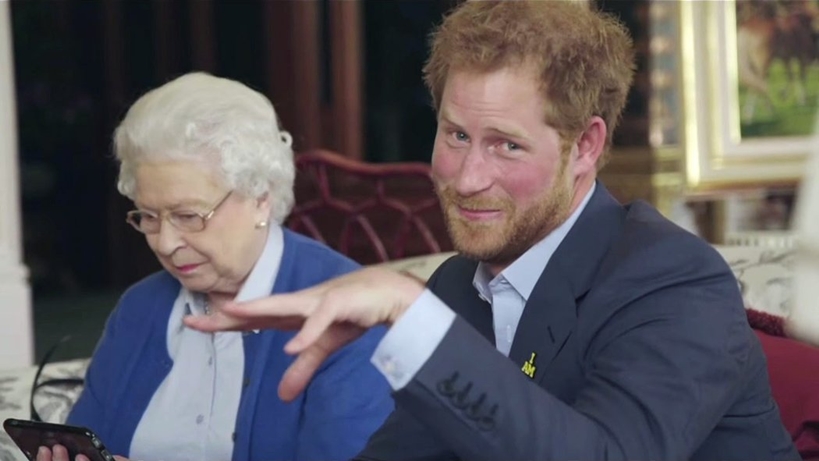 Queen Elizabeth holds a four-hour heart to heart talk with Prince Harry, says he ‘ll ‘always be welcome back

Queen Elizabeth told Prince Harry he’ll always be welcome back during a 4-hour heart-to-heart talk at Windsor Castle on Sunday about his future.

During their talk over lunch, she told him that he and Meghan will be welcomed back if they ever decide to rejoin the royals.

The Queen agreed to meet Prince Harry upon his request and on Sunday, March 1, the Duke of Sussex discretely strolled from his Frogmore Cottage home in Windsor Home Park to the castle, where he and the Queen shared a light lunch and tea as they discussed his future.

According to The Sunk UK, a source said Queen Elizabeth is believed to have ended the talk by saying to Harry: “You are much loved and will always be welcomed back.”

The source added: “Hopefully it cleared the air.”

A royal source said: “The Queen had a lot to talk to Harry about and this was the ideal time for them to both say their piece.

“When Harry and Meghan announced they wanted to quit it all happened very quickly and it was very stressful for all concerned.

“Sunday was the first time the Queen has had the chance to talk to Harry on his own and really find out what his plans are. It was a much more relaxed environment and they were both able to speak their mind.”

The chat came amid reports that the Queen is “very sad” that she sees so little of Harry and Meghan’s son Archie.

The source added: “It’s fair to say she is very upset about him and Meghan leaving and she would love to see more of Archie, as would Prince Charles and the rest of the family.

“But she accepts at the moment that his mind is made up and he intends to live in North America.

“However she also wanted to make it clear that the arrangement can only work if they do not exploit their royal status and try to ‘cash in’ — that’s why she wouldn’t let them use the word ‘royal’ for their foundation.

“The Queen is protecting the institution and she is also aware of the cost of security.

“That is something that still needs to be resolved. But Harry is also a much-loved grandson who she has always doted on.

“She made it very clear to him that he and Meghan are always able to come back if they change their minds and she will welcome them with open arms.

“Hopefully the chat cleared the air and the way forward is looking more positive.

“But she wanted to make certain Harry knew there were limits and the whole set-up is subject to a review after 12 months.”

Meghan is expected to fly in to London in the next 48 hours for the couple’s final royal engagements together for the foreseeable future.

But Archie is not expected to join them. The nine-month-old will remain in Canada, looked after by a nanny and Meghan’s best friend Jessica Mulroney.

Regarding security, Princess Diana’s former police bodyguard Ken Wharfe said: “It will be sad for the Queen not to see her great-grandson but in security terms Archie is probably safer staying in Canada.”