The drama started when the controversial Nollywood diva made a post on her social media page claiming that she walked out of her marriage with her ex, when she found out he is bisexual.

Reacting to her claims and other unpleasant things she had to say, Churchill took to his Instastory to react. He addressed Nigerians saying they shouldn’t succumb to the temptation of anyone trying to use his name to trend.

Although he didn’t mention any names, it was pretty obvious his estranged ex-wife was the subject of his message. He further advised her to focus on her career and leave him alone. 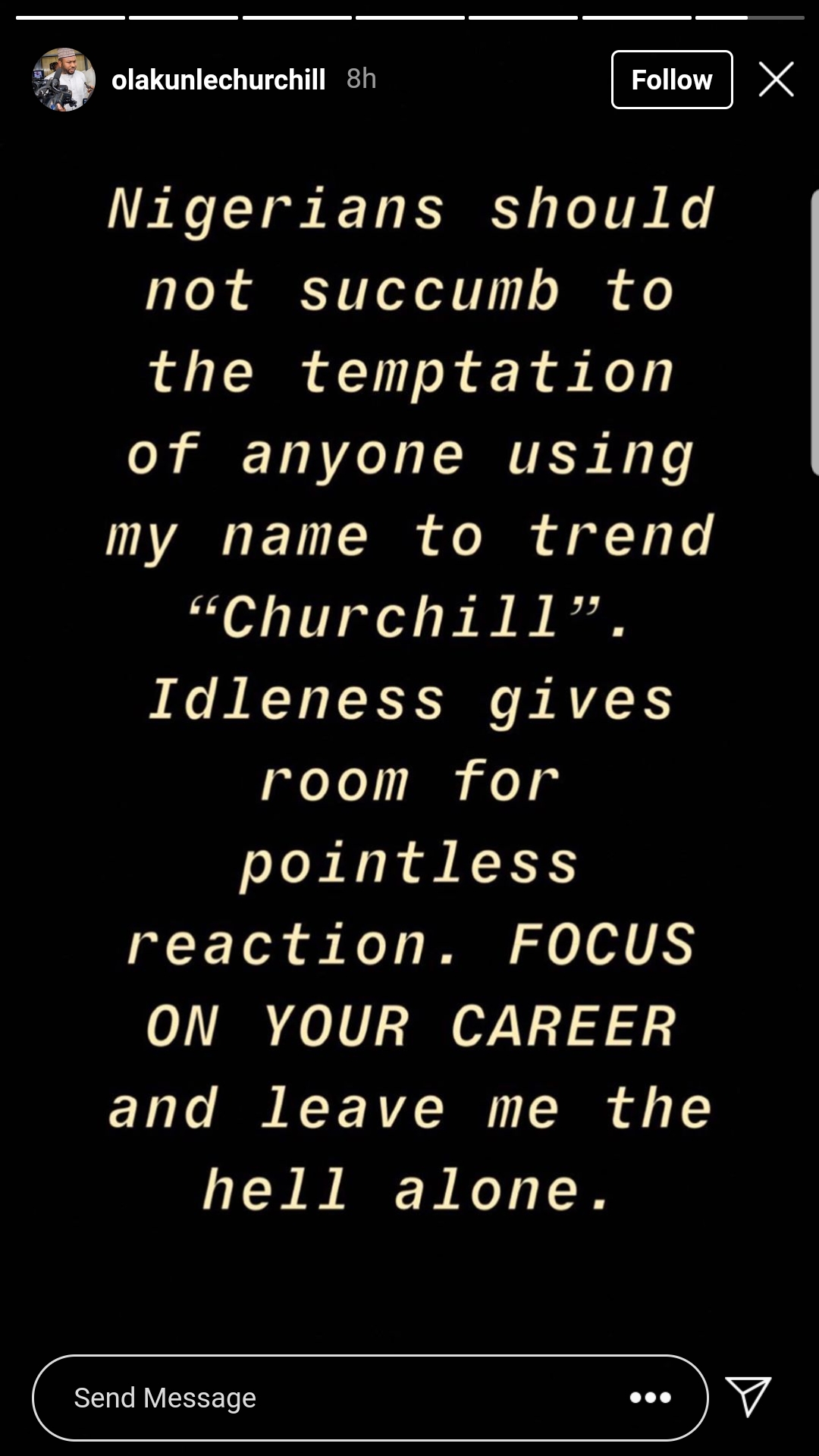 Churchill advised Tonto to face her career and leave him alone.

Tonto however, was not going to let his message directed at her, slide without throwing shots of her own.

She once again took to her Instastory to call him unprintable names, claiming she gave him fame and can make his whole village trend, turn them into ‘semi celeb wannabes’ the way she did him.

Calling him a ‘glorified idiot’, she told him off saying he should go and find someone else to defraud or look for another woman to pay his ‘bride price’. 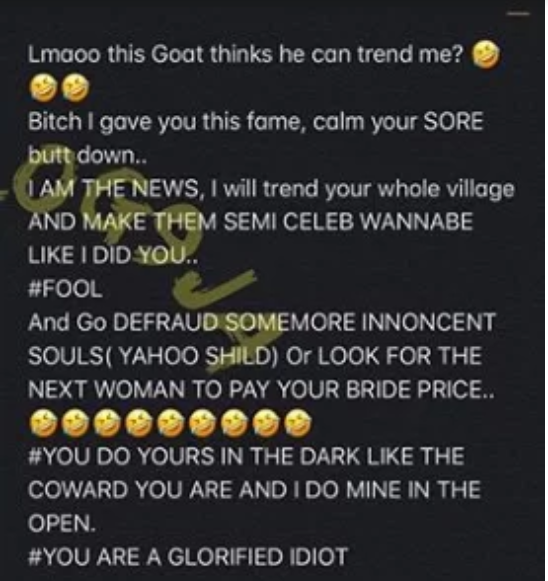