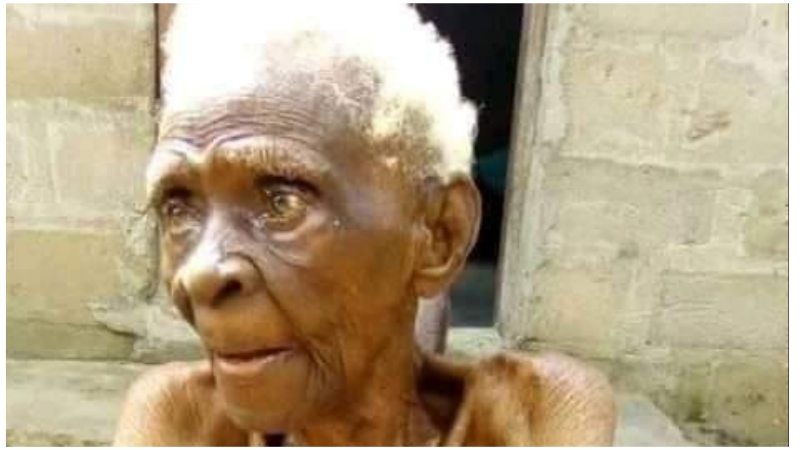 A woman presumably the oldest woman identified as Ma Keean Itubo Itari Umasala has reportedly died in Rivers state, Nigeria at the age of 160 years.

Two years ago, Rivers state had earlier mourned another alleged oldest woman identified as Sarah Wutche who passed on to glory at the age of 134 years.

This picture of the lady was uploaded by a facebook user identified as Progress Fuby Halliday and he disclosed that Mama Keen had been begging God to take her since 70 years ago.

“Family sources said Mama have been begging God to take her life since 70 years ago.”

Panic in Aba market as customer dies in hotel

Panic in Aba market as customer dies in hotel