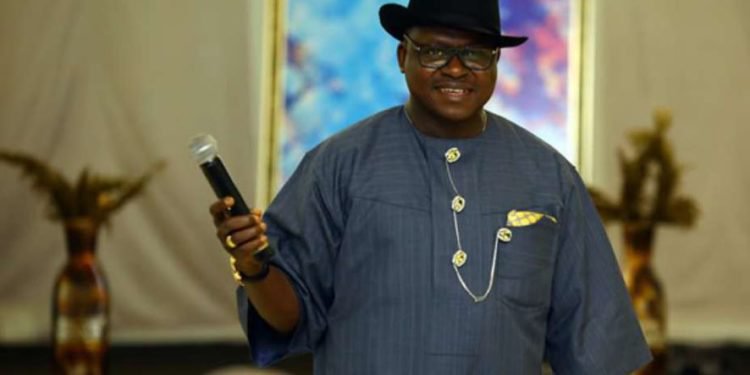 The expulsion of Mr. Timi Alaibe from the main opposition party was demanded by a group of youths purportedly from the Bayelsa State chapter of the People’s Democratic Party (PDP) on Tuesday in an organised protest.

The National Secretariat of the party in Abuja was stormed by members of the group where they accused Alaibe of being an active member of the All Progressives Congress (APC).

The protesters, under the auspices of PDP National Youth Rebirth Forum displayed placards in solidarity with the Bayelsa State Governor, Duoye Diri.

Recall that Alaibe is presently in court challenging the nomination of Diri as the candidate of the PDP in the November 16, 2019 governorship election in the state.

Alaibe’s suit, a pre-election matter, is asking the court to void Diri’s nomination and he (Alaibe) be declared the winner of the PDP primary election.

According to him, the primary election that produced Diri as PDP candidate breached the provisions of the party’s constitution.