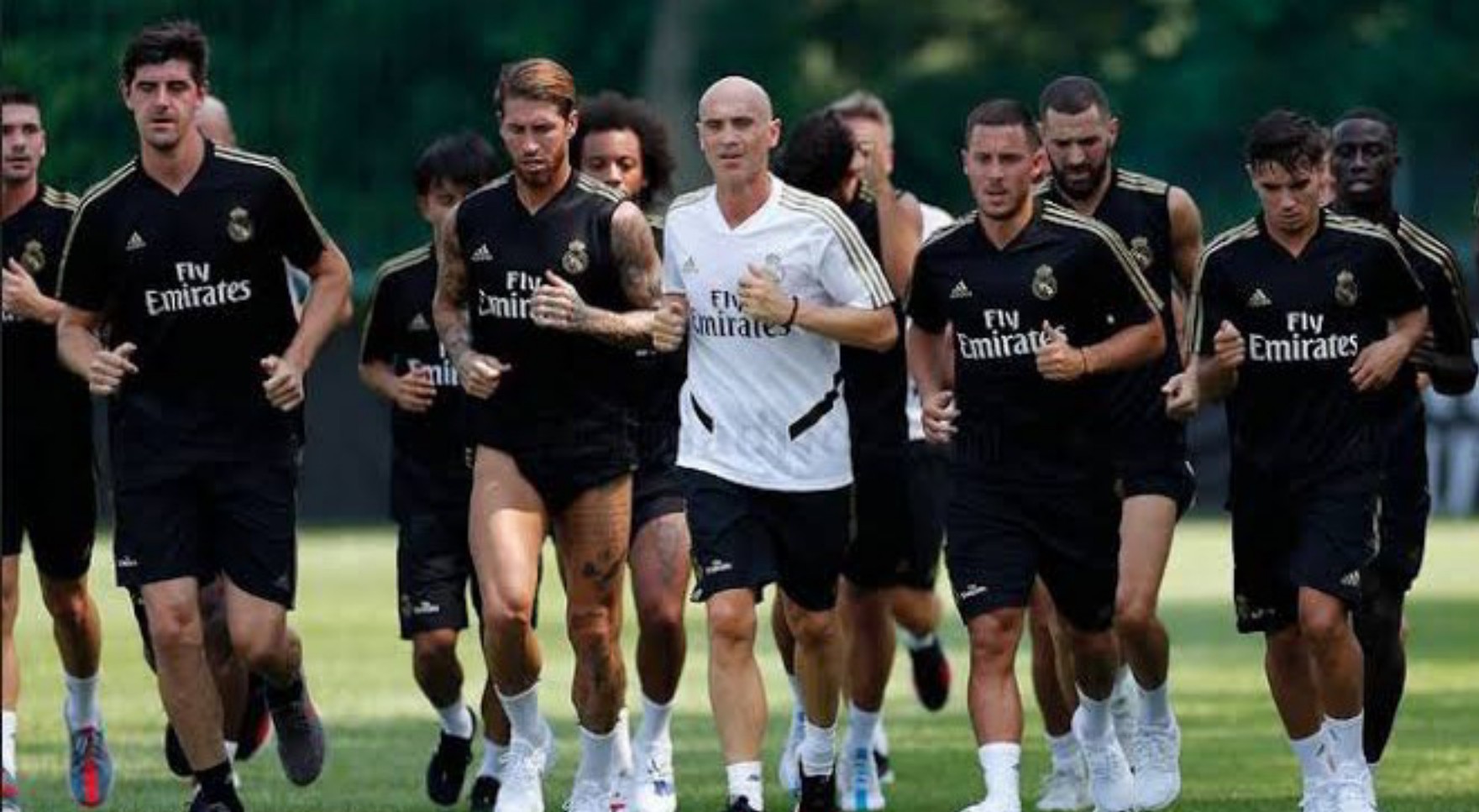 Real Madrid went into quarantine on Thursday as La Liga announced Spain’s top two divisions will be suspended for at least two weeks over the coronavirus.

La Liga authorities made the decision after Real Madrid confirmed its senior football team is in quarantine after one of the club’s basketball players tested positive for the virus.

A club statement read: “A player from our basketball first team has tested positive for the coronavirus.

“Since then, the recommendation has been made to quarantine both the basketball first team and the football first team, given that the two squads share facilities in Ciudad Real Madrid.

“Likewise, it has been decided to close the facilities at our training ground and it is also recommended that all Real Madrid personnel who work there remain in quarantine.”

La Liga has also followed Italy’s Serie A in suspending its matches, following a meeting on Thursday with the Spanish Football Federation and the Spanish Players Union (AFE).

It means league fixtures over the next two weekends in Spains’ top two divisions will be postponed.

A La Liga statement read: “In view of the circumstances known this morning, referring to the quarantine established in Real Madrid and the possible positive tests from players at other clubs, La Liga considers that the circumstances now exist to continue with the next phase of action against COVID-19.”

“La Liga agrees to suspend at least the next two matchdays,” the statement added. “This decision will be re-evaluated after the quarantine at affected clubs and other possible situations that could occur have ended.”