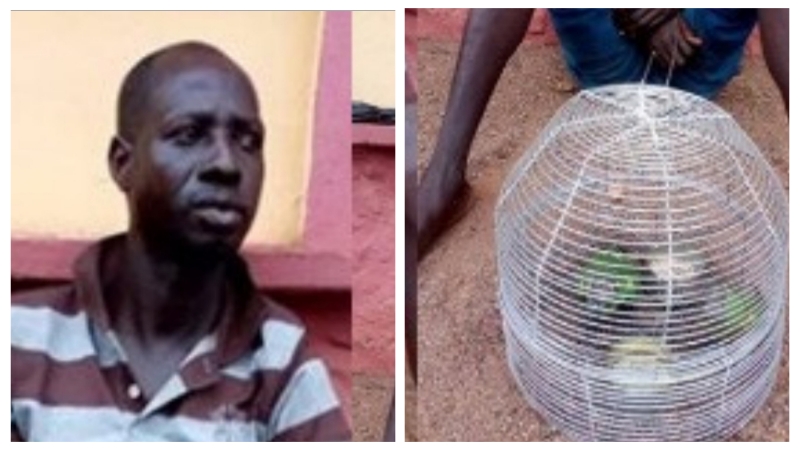 A 40-year-old man identified as Olanrewaju Adeyinka has been arrested by Ogun State Police Command for allegedly stabbing his younger brother identified as Gabriel to death with a window louvre.

WITHIN NIGERIA learnt that the Adeyinka stabbed his brother to death for bringing two life parrots into their home in the Ilaro area of the state.

While parading the suspect, Olanrewaju before newsmen on Thursday, March 12th, he confessed to the crime.

He said it was a mistake and the handiwork of the devil.

According to him, he returned home on the fateful day to see the parrots in their home and he got into an argument with his brother after he ordered that the parrots be taken outside.

The argument degenerated into a fight and in the process, he used a window louvre they broke during the fight to stab his brother.

He claimed he was about taking the broken louvre to show their neighbors when his brother charged at him and then he used it to stab him.

He asked that the police to have mercy on him as he never intended to kill his brother.