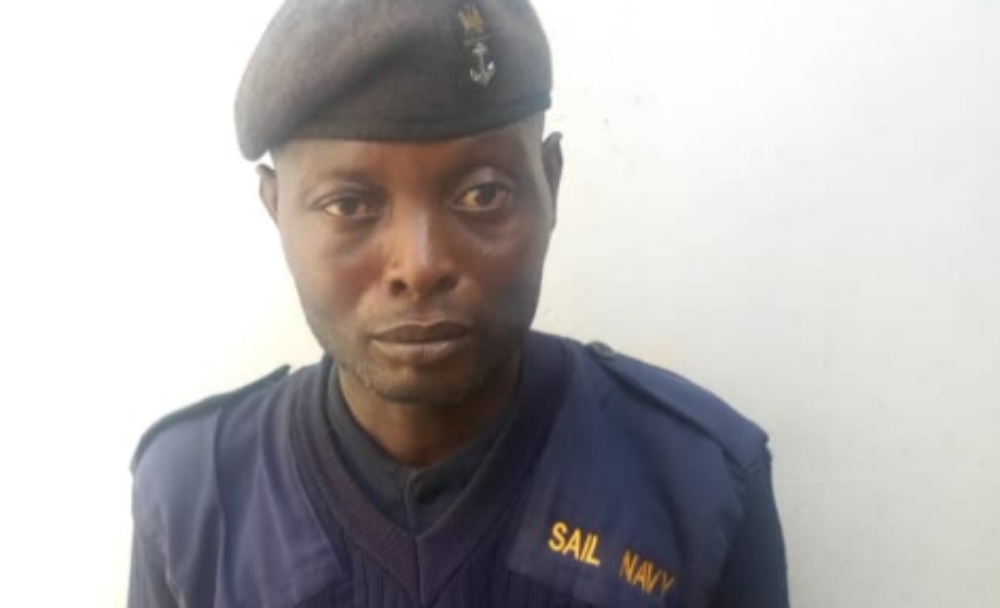 A 40-year-old Nigerian identified as Azeez Ali has been arrested by the Lagos State Police Command for attempting to kill another man identified as Sunday Amoo during an argument in the Bariga area of the state.

This was contained in a statement released by the Police Public Relations in the state, Bala Elkana.

Elkana disclosed that Azeez and Amoo got into an argument at Berger Bustop in the Bariga area of the state on Saturday March 14th.

During the argument, Azeez who impersonated a Naval Officer, allegedly used a military Jack knife to stab Amoo’s penis, resulting in multiple deep cuts, he added.

Bala said the victim was taken to Lagos Teaching Hospital and is responding to treatment.

He added that Investigation is ongoing and that the suspect will be charged to court soon.