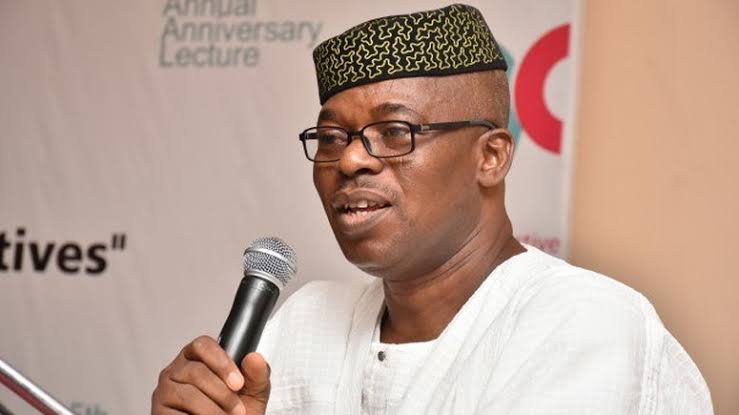 The former All Progressive Congress National Deputy chairman (South), Engr. Segun Oni said on Monday that he was set to dump the ruling party for the People’s Democratic Party.

Oni, a former governor of Ekiti State, who spoke with journalists on Monday in Ado-Ekiti, said his decision to dump APC was in the best interest of his political family whom he said were marginalized in the scheme of things in the party.

The ex-governor said he was treated with disdain and not accorded respect as a former deputy national chairman of the ruling party, alleging that the issue of his suspension from the party was never attended to by the party’s leadership.

He noted that arrangements had begun discussion with critical stakeholders in the Ekiti PDP like ex-governor Ayodele Fayose and Senator Biodun Olujimi about his resolve to return to his former party.

Oni added that in a matter weeks, he would be received back in Ekiti PDP with his teeming supporters, said he took the decision to return the PDP as a way

of acceding to the request of his people, who were desirous of taking the political step.

The ex-governor who joined the ruling APC from PDP ahead of 2014 gubernatorial polls in the state, expressed displeasure about how himself and his supporters were being ostracised from all engagements in APC, including appointments and privilege to contest elections.

“It is true that I am leaving the APC for the PDP. You all knew the kind of treatment I have been getting. As we speak, none of my supporters was being allowed to get appointment or contest elections in APC.

“If the APC gives me the whole world, I won’t be happy seeing integral part of my political family, I mean my supporters being treated badly.

“Is that how to run a party? You leave out some people when you are giving out appointments all just because they belong to the Segun Oni political family?

“When I was the APC deputy national chairman, some of them said they suspended me from the party. Up till this moment, the issues surrounding the so-called suspension have not been attended to.

“We have to fight against the tyranny of the minority that is existing in the party. How can some people, who are not even party excos at the ward level gather together to announce the suspension of a party leader?

“We have taken a decision and we are at the process of joining the PDP. We are going to set up implementation committee to work on our programme of actions.

“Those who took the action were my supporters across all the local governments and 177 wards, who felt bad about the whole scenario in APC.

“But the major thing is that, we are moving, we have taken a decision to go back and on that we are working on,” he said.

Oni said he is ready to work with other major stakeholders in the PDP, in his quest to return the party to power, saying “we are reaching out to everybody, because we are all relevant stakeholders in this game and I know and sure that they will be happy to receive us.”

Another Nigerian doctor dies of coronavirus in Canada