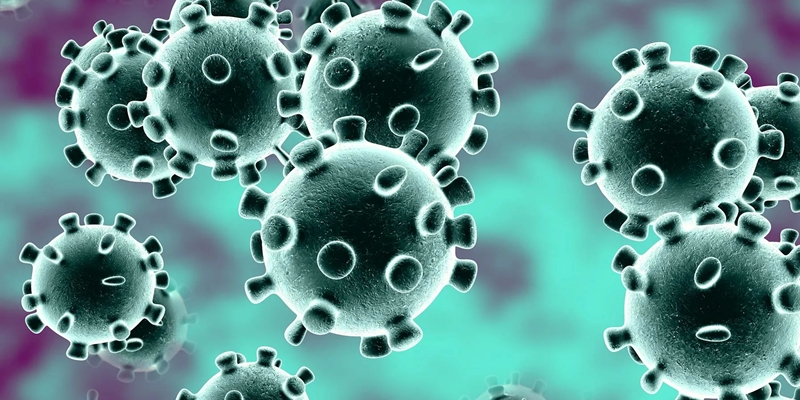 The Lagos State Ministry of Health has announced that a third case of Coronavirus has been confirmed in the state.

According to a tweet on the ministry’s official page, the victim is a 30-year-old Nigerian woman who returned from the United Kingdom on Friday. 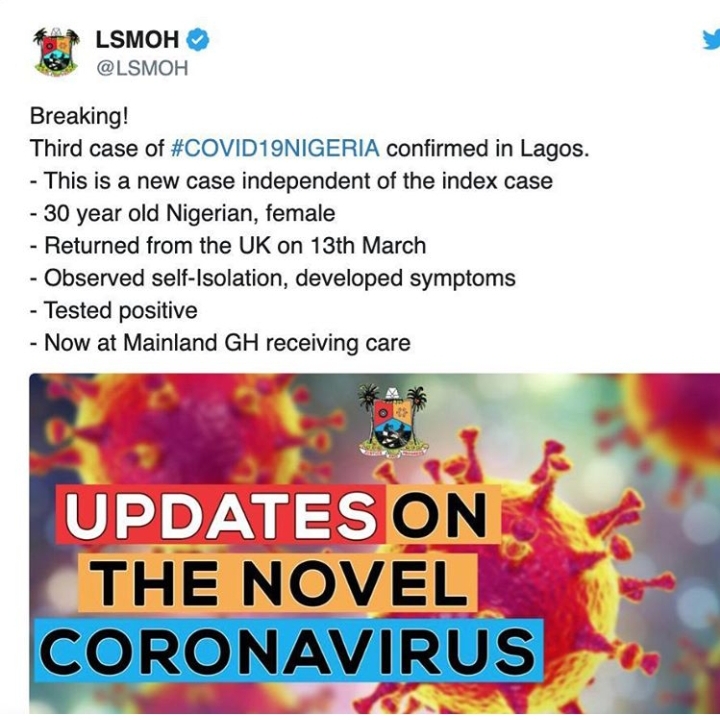 The ministry further disclosed that the woman observed self-isolation when she returned from United Kingdom.

She has developed symptoms and has been tested positive, the ministry added.

According to the ministry, the woman is currently receiving attention at the Mainland General Hospital.