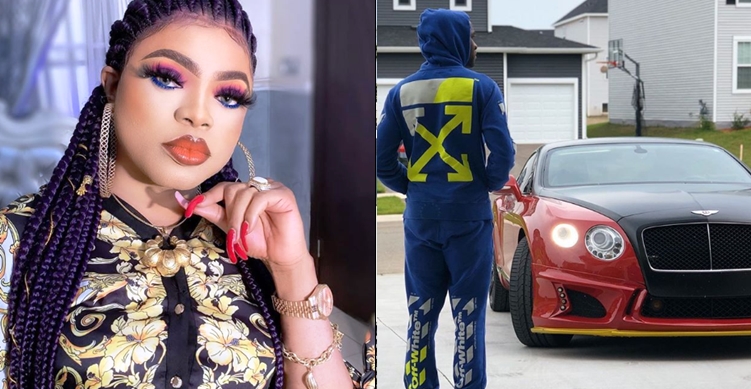 Controversial Nigerian cross-dresser Idris Okuneye, popularly known as Bobrisky, has finally unveiled his boyfriend after years of keeping curious fans in the dark about his romantic relationship.

Taking to Instagram this morning to express his gratitude to his man for always showing him support, the popular crossdresser shared a photo of his boyfriend posing in front of a Bentley while backing the camera and then wrote:

‘When your boyfriend is lit. Thanks for always supporting me when I needed it. I’m not tagging him here o because of hungry lion.’

The self-acclaimed African male barbie,sometime ago found himself in a scuffle with the law.

Reports had it that, the effeminate celebrity was picked up on the night of January 23 at his residence inside Bera Estate, Chevron Drive, in Lekki and taken to an unknown destination.

He was, however, brought back to move his cars.

Unconfirmed reports suggest his arrest is in connection with his cross-dressing lifestyle which is heavily frowned upon in Nigeria.