Daddy Freeze reacts to reports that Davido’s fiancee Chioma has… 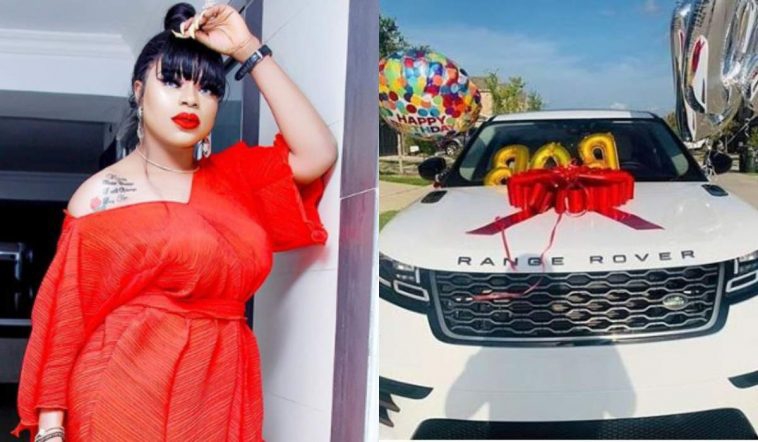 It appears these are trying times for controversial Nigerian cross-dresser Idris Okuneye, popularly known as Bobrisky as his eccentric lifestyle which has constantly earned him backlash from Nigerians, has finally landed him in trouble with the law.

According to online reports, the self-acclaimed African male barbie has found himself in a scuffle with the law.

Reports has it that, the effeminate celebrity was picked up on the night of January 23 at his residence inside Bera Estate, Chevron Drive, in Lekki and taken to an unknown destination.

He was, however, brought back to move his cars.

Unconfirmed reports suggest his arrest is in connection with his cross-dressing lifestyle which is heavily frowned upon in Nigeria.

A video was shared to instablog’s account which shows some armed policemen outside his residence. One of the officers was also quoted as saying, “we will turn him back to a guy.”