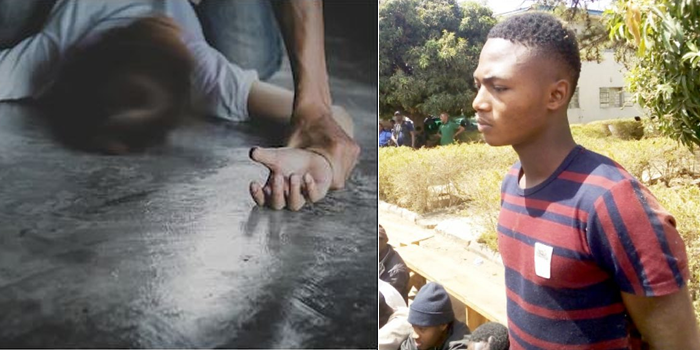 One Isaac Boniface, 20, has been arrested by the men of the Nigerian Police Force Plateau State Command for the brutal rape of a 4-year-old girl in the state.

The suspect, Isaac Boniface, while being paraded by the police in Plateau state said he mistakenly raped the girl in his compound one morning.

He is a resident of forest community of Riyom Local Government Area of Plateau State, and was among the 25 suspects paraded by the Police in Plateau State yesterday, for various criminal activities.

According to Daily trust, Isaac Boniface while speaking with newsmen said he knew his action was devilish but that “It was a mistake”.

The State Police Commissioner, Issac Akinmoyede told journalists that the suspect will be charged to court as soon as possible.

In other news, a suspected Nigerian drug peddler has been booked by the Bengaluru City Police under the stringent Prevention of Illicit Traffic in Narcotics Drugs and Psychotropic Substances Act which provides for year-long detention without bail.