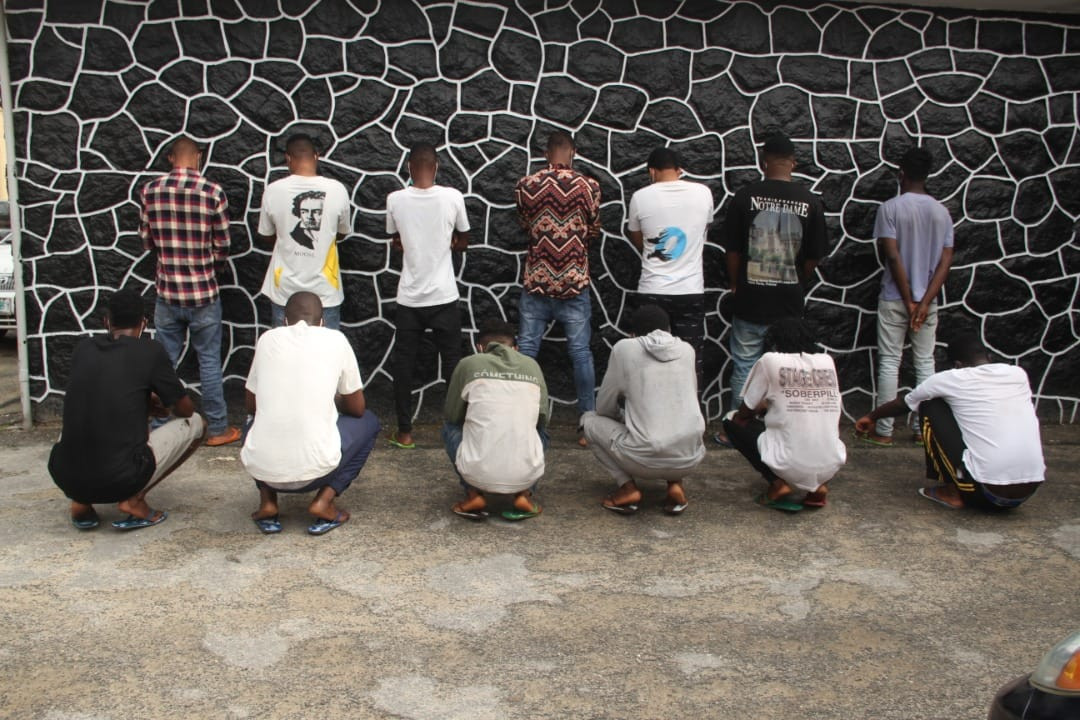 The anti-graft agency disclosed that its operatives arrested the suspects at 1004 Estate, Victoria Island, Lagos on Thursday, February 4, 2021, following series of intelligence on their alleged fraudulent activities.

According to EFCC, the suspects have all been interrogated and will soon be arraigned in court.

In other news, WITHIN NIGERIA reported that operatives of the Economic and Financial Crimes Commission (EFCC), Benin Zonal Office have arrested nine suspected internet fraudsters.

According to the anti-graft agency, the suspects were arrested on Tuesday, February 9, 2021 following intelligence received by the Commission.