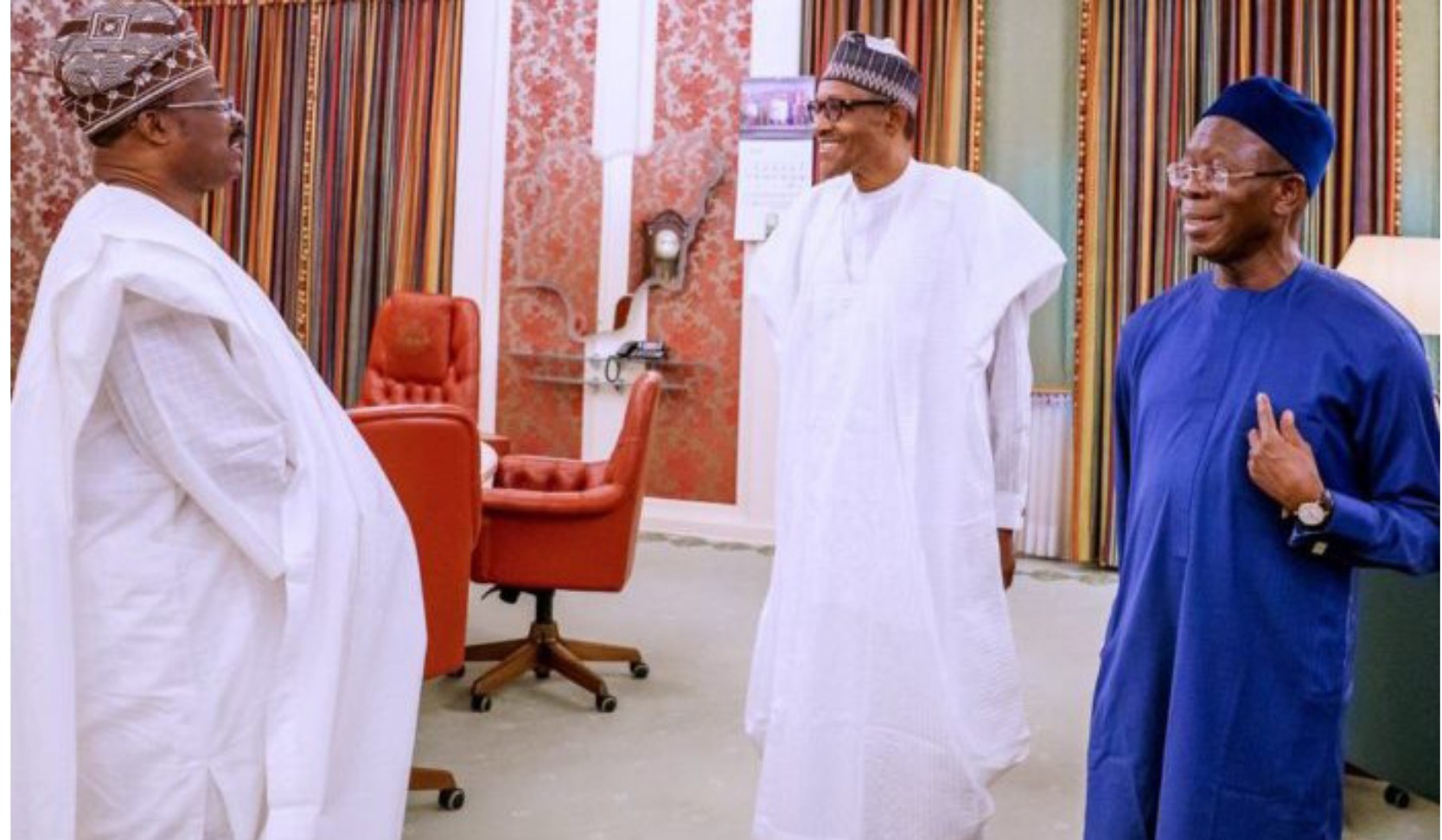 Speaking to State House correspondents after the presentation, Mr Oshiomhole described the event as mere formality as the president was very much familiar with Mr Ajimobi since he was governor of Oyo State for eight years.

Mr Oshiomhole said Mr Buhari was delighted to have received Mr Ajimobi whom he described as a `complete gentleman’.

He said the president expressed the hope that the former governor of Oyo State will bring on board a wealth of experience that will help to reinforce the quality of leadership of the APC.

“I came essentially to present the former governor of Oyo State, Abiola Ajimobi whom the South West has nominated to fill the void arising from the vacancy of the Deputy National Chairman, South, created by the appointment of the Minister of Industry, Trade and Investment.

“Of course, Mr President already knows him, he hosted us a couple of times when he was governor of Oyo State and played a pioneering role in the formation of the All Progressives Congress (APC), obviously, he is not a stranger to the President, it’s just a way of formality that I have to present him.

“Mr President was delighted that someone with his background – a complete gentleman, he has been in the oil industry, a senator and a two-term governor.

“So, he will bring on board a wealth of experience that will help to reinforce the quality of leadership of the All Progressives Congress,’’ he said.

The APC Chairman stated that he used the opportunity of the event to commend Mr Buhari for his administration pro-masses policies and programmes.

He cited the recent slashing of pump price of Premium Motor Spirit (PMS) popularly known as fuel from N145 to N125 per litre as one of such positive decisions of the government.

He said: “But I also appreciate the fact that a couple of decisions the President has taken this week that in my view are profound but I don’t think they have attracted the kind of commendations.

“For example, the decision of Mr President to reduce the price of petroleum products – PMS, AGO and other products because of the sharp drop in the price of crude oil.

“So, I commend the president for passing the benefit to the Nigerian people for approving the drop in the oil price so that Nigerians can really benefit from both the negative and positive side of the drop -which is that the cost of PMS has dropped.

“We will also have some reduction in the cost of transportation because we expect people to pass it down particularly at this time when because of the Coronavirus there are couple of economic activities that are affected.’’

Mr Oshiomhole also appreciated the prompt proactive steps taken by the Central Bank of Nigeria (CBN) by making funds available to support businesses that had been affected by the Coronavirus.

“Everywhere around the world governments are rising to the occasion and I am happy that Nigeria under President Muhammadu Buhari has also taken a bold step to not only protecting Nigerians by stopping foreign airlines from flying into the country particularly from the high-risk countries with the pandemic along with other measures which will help to curtail it.

“These are challenging times and our president is showing leadership just as we expect of him, putting Nigeria first, supporting businesses and passing not just the burden of the drop in oil price, but the benefit of that drop.

“For us, as party leaders, we think he deserves commendation,’’ he said.