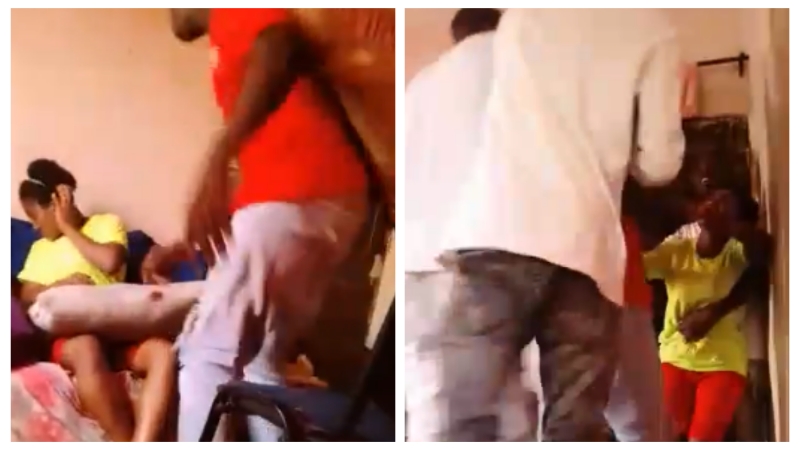 A video showing a young man beating up his girlfriend mercilessly has surfaced on internet.

The young man simply identified as Junior can be seen sitting and looking at his girlfriend probably discussing some issues which are unknown to us before he stands abruptly and begins slapping his girlfriend.

Inside the video, the background voices of some people suspected to be his friends can be heard appealing to him to take it easy but he does not listen.

Minutes after slapping the said lady, Junior then reaches into his trousers, brings out a whip and starts flogging her with it.

In another video, his friends are seen trying to hold him back as he beats the girl, but they didn’t seem to be trying hard enough. One of the friends is seen laughing as he holds the girlfriend while his friend beat her up.

According to a facebook user Alexandra Avese Kpete who uploaded the videos on his Facebook page, the young man identified as Junior impregnated the girl and ended up beating her after the girl told him that he’s responsible.