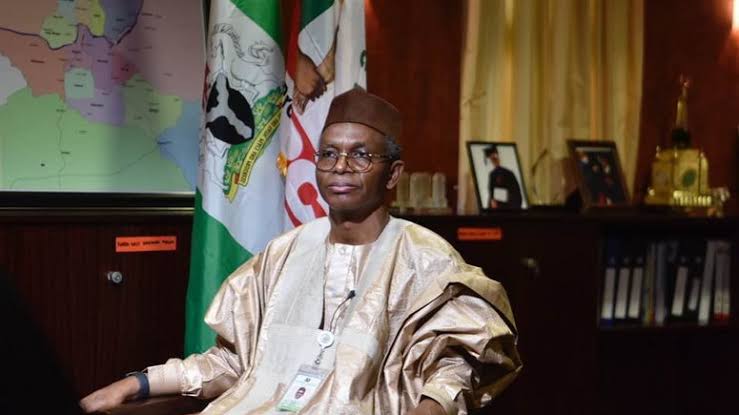 The Kaduna State Government on Wednesday commenced the distribution of foodstuffs worth N500 million to vulnerable people in the state, following the lockdown to contain COVID-19 pandemic.

Mrs Hafsat Baba, Commissioner for Human Services and Social Development told the News Agency of Nigeria (NAN) in Kaduna that the distribution had already begun in Sabon Gari Local Government Area of the state.

A document obtained by NAN identified the pilot LGAs in the distribution exercise as Chikun, Kaduna North, Kaura, Kachia, Jema’a, Sabon Gari and Zaria, but the number of expected beneficiaries was not identified.

The document showed that Muhammad Abdullahi, the Chief of Staff to Governor Nasir El-Rufai, was in charge of the distribution in Zaria and Sabon Gari LGAs.

A breakdown of the food items showed that 24,000 cartons of Indomie, 2,040 bags of rice, 3,360 packs of Spaghetti and 3,096 packs of vegetable oil would be distributed to the vulnerable in Zaria and Sabon Gari councils.

In Jema’a and Kaura LGA to be supervised by Dr Bege Katuka, Interim Management Committee Chairman, Kaura LGA, items to be distributed include 5,000 cartons of Indomie, 425 bags of rice, 700 cartons of spaghetti, 645 packs of vegetable oil and 2,100 bags of semovita.

Mr Thomas Gyang, Commissioner, Planning and Budget Commission, the statement said, would supervise the distribution in Chikun LGA, where the vulnerable would get 6,000 cartons of indomie, 510 bags of rice and 840 cartons of spaghetti.

In Kaduna North LGA, where Hafsat Baba is in charge of the distribution, 8,000 cartons of Indomie would be distributed, along with 600 bags of rice, 1,032 packs of vegetable oil and 3,360 bags of Semovita.

The Permanent Secretary, Ministry of Finance, Mr Murtala Dabo, according to the document, will supervise the distribution in Kachai LGA, and distribute 2,000 cartons of Indomie, 170 bags of rice, and 280 cartons of spaghetti.

Gyang told NAN in a telephone interview that a multi-sectoral committee headed by the Secretary to the State Government, Mr Balarabe Abbas, was overseeing the distribution exercise across the state.

He explained that the distribution would be done in clusters across the benefiting local government areas.

“Already, a committee, made up of village heads, religious leaders and community members have been set up in each of the clusters to facilitate the distribution exercise,” he said.