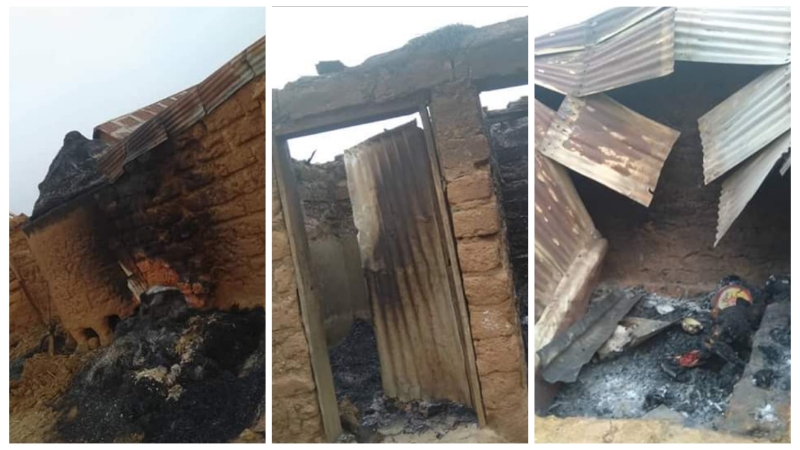 A song of horror and sorrow it was for the people of Bassa Local Government Area of Plateau state as gunmen suspected to be Fulani herdsmen allegedly hacked and burnt seven people to death in the neighbouring Hukke village barely 12 hours after gunmen killed three persons in Ancha community.

This tragic acts were confirmed by the spokesperson for Miango Youth Development, Mr. Lawrence Zongo.

Zongo while confirming the fresh killings on Thursday afternoon disclosed that the assailants numbering over 200 also set ablaze over 23 houses belonging to the villagers when they attacked the village in the early hours of Thursday.

“The fresh attack occurred in the early hours of Thursday. The attackers were more than 200 persons that came this time. During the attack, they killed seven people and all of them were burnt beyond recognition as they also set their houses ablaze. In fact, we counted more than 23 houses that were set ablaze by the attackers before they fled the community.” he said.

Reacting to the tragic incident, the Police Public Relations in the state, ASP Ubah Gabriel Ogba revealed that the state Commissioner of Police, Mr. Isaac Akinmoyede, had visited the scene of the attack to sympathize with the community and encourage them to be law abiding and not take the law into their hands.

Akinmoyede also reportedly assured the people that the police will do everything possible to ensure that the assailants are brought to book.

The Senator representing Plateau North in the National Assembly identified as Istifanus Gyang has condemned the renewed killings in his constituency.

This was contained in a statement released by his Special Assistant on Media, Mr. Musa Ashoms on Thursday.

The senator said, “At a time when the entire human race is sober and seeking God in prayers against COVID-19, killer bandits are showing no sense of fear of God nor value for human life.

“It is necessary for the police and Operation Safe Haven to rise up to their primary responsibility of securing the lives of citizens both in the cities and rural areas as the lives of rural dwellers matter as much as those in urban areas.”