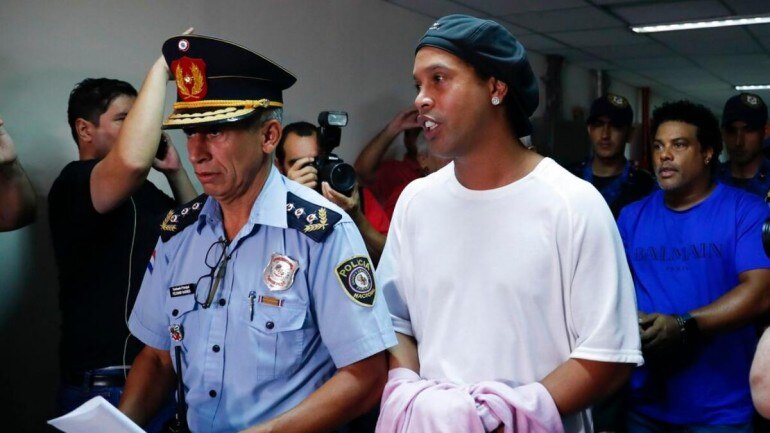 Brazil and FC Barcelona legend Ronaldinho has been released from a maximum-security prison in Paraguay.

Within Nigeria recalls that the football icon was arrested along with his brother for entering Paraguay with a fake passport. Report has it that he has been released but  not totally free.

He and his 49 year-old brother Roberto Assis will be put under house arrest in Asuncion, the Paraguayan capital.

They will stay in a $64 a night hotel, two miles from where they were incarcerated.

They are also expected to fulfil a bail bond of $1.6million. The development followed a court hearing today.

The football icon has been in jail for more than a month since being found, along with his brother, in possession of false passports.

Ronaldinho marked his 40th birthday behind bars. He also became popular among inmates and played football with them. .