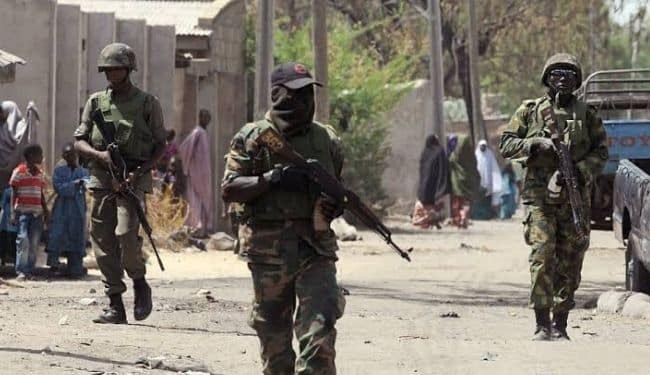 An attack by members of the Boko Haram sect in Kirchinga community in Madagali Local Government Area of the state has been successfully repelled by troops of the Nigerian Army.

WITHIN NIGERIA learnt that the sect members stormed the community on Monday night April 6th, shooting sporadically in the air.

It was also learnt that they reportedly razed five house and looted some shops.

The soldiers reportedly stepped in and stopped further attacks.