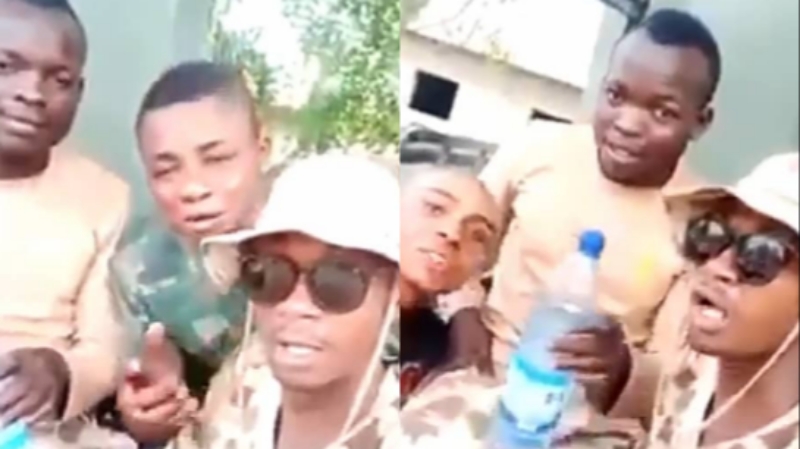 Hours after Nigerian Army arrested some soldiers who were behind the viral video of rape threat, another video showing Nigerian soldiers threatening Warri residents for attacking soldiers after a youth was killed in Warri has surfaced online.

WITHIN NIGERIA had earlier reported that yet-to-be identified soldier shot dead a man identified as Joseph Pessu in Ugbuwangue, Warri, Delta state, on Thursday, April 2, when he was seen on the road disobeying the lockdown orders in the state.

It was also learnt that the sudden death of Joseph Pessu angered the youths in the area which led to the attack on soldiers.

This attack on soldiers has led to tension as Nigerian soldiers are not willing to take it lying down.

According to report, the attack on soldiers by the youths has led to tension as Nigerian soldiers are not willing to take it lying down.

Recall that two soldiers were seen threatening to rape Warri women and girls and infect them with HIV in the first and initial video which shocked many Nigerians.

A new video has now emerged showing four soldiers threatening to retaliate. They informed Warri residents that they have called for trouble and they will get it without mercy.