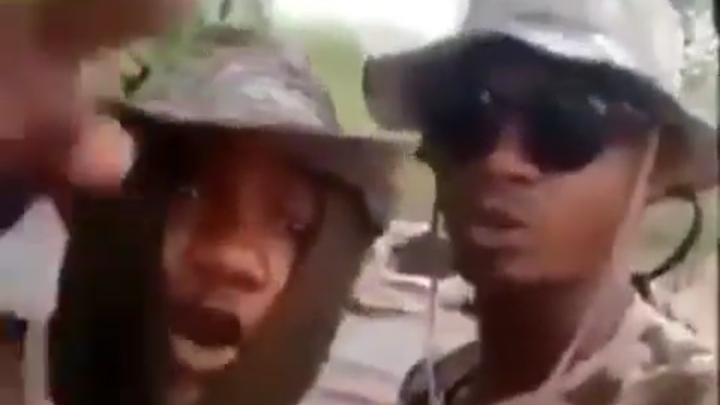 A video of two Nigerian soldiers threatening to rape mothers of the youths in Warri, Delta state who allegedly murdered one of their colleagues on Thursday, April 2 has surfaced online.

WITHIN NIGERIA had earlier reported that there was a mild tension in Warri, Delta state as a yet-to-be identified soldier allegedly shot dead a young man identified as Joseph Pessu who is a father of two along the Ugbuwangue axis of the NPA Expressway, Warri.

It was further learnt that the youths reportedly pursued the soldiers and attacked them physically.

There were unconfirmed reports that one of the soldiers died during the faceoff between the angry youths and soldiers.

Barely 12 hours after the tragic incident, a video of two aggrieved members of the Army threatening to sexually abuse the mothers, wives and daughters of the youths who allegedly killed their colleague surfaced.

According to the soldiers, they threatened to infect the girls and women with HIV.